Former president of the United States Donald Trump’s Twitter handle has been reinstated. The ex-US president’s account was said to have reappeared soon after Musk‘s post.

After Elon Musk kicked off a poll to find out how many of his over 117 million followers support or reject the move to reinstate former US President Donald Trump on Twitter, about 51.8% of the users wanted the former US president to come back on Twitter. Musk said that the Trump poll was getting a massive 1 million votes per hour.

The people have spoken.

Trump will be reinstated.

Earlier this week, the Republican announced that he would once again run for the US presidency in 2024.

Trump was banned from Twitter after the US Capitol Hill attack on January 6, 2021. He later started his own platform, Truth Social. Similar action was taken for his Facebook page. 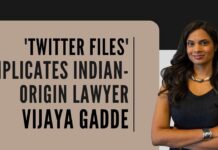