This is Chapter 53 from my book titled Who painted my lust red? Details on how to buy it are given at the end of the post…

For decades, cricket matches between India and the West Indies have drawn crowds in throngs. There is intense rivalry, but there is also respect and mutual admiration. The West Indian players are loved by the Indian audience for their sportsmanship. The reverse is also true. The West Indies team had in the last few years lost much of its sheen and was nowhere comparable to what it was in the seventies and the eighties.

Over the past couple of years, though the West Indies team had managed a comeback of sorts and was seen as a far better composition than before. Given this background, the India-West ODI series underway in various Caribbean islands was a major attraction for cricket lovers not just in the two countries but across the cricketing playing nations in the world.

Moments later, when it transpired that India decided to bat under overcast conditions, the odds started falling.

West Indies had proved its might in the first two matches, beating India comprehensively. But the Indian team made a stirring comeback to take the next two, one by a slim margin of 8 runs. All eyes were now on the fifth and deciding match at Kingston, Jamaica. The stadium was packed to capacity and the West Indian love for music and dance was reverberating all over. And the spot-fixing cabal was in action.

It had made arrangements for the West Indies to win the match and the series. Dilawar the Don could not afford to fail this time.

“At least three newspaper columns will appear predicting an Indian victory. TV experts will also aver an India win. Betting amounts will go through the roof. Therefore, if India goes on to lose because of bad weather, they won’t be too many questioning the result and we will clean up big,” he explained to a chamcha (disciple) of Mama-Ji.

The odds go up at the precise time when the toss report is coming in and a decision is yet to be made. So, when India won the toss, the cabal bet a lot of money on an India loss at that specific instant. Moments later, when it transpired that India decided to bat under overcast conditions, the odds started falling.

“That is a surprising decision by Viraj Verma,” observed a senior commentator.

The camera then panned to the Indian dressing room where the coach could be seen gesturing indignantly at his captain, but it was too late.

The betting mafia was biting its nails in frustration. The cabal had put in $250 million on the West Indies win — $100 million at the start of the match and another $150 million after the Indian batting collapse.

Experts in the commentary box began to furtively analyze the blunder and the extent it could cost the team. Their worst fears seemed to come true – with just a few overs bowled, India had lost five wickets for a paltry 38 runs on the board. The top batsmen had returned to the pavilion, barring Vijay Surya. Giving him company was the dashing wicket-keeper Shakti Kant.

Surya was going about his job as if nothing serious had happened, hitting the ball freely and giving the odd delivery the respect, it deserved. He cleverly shepherded the tail and was the last man out, having scored 126 runs of his team’s total of 178. While he received a hero’s welcome as he walked back, with the sporting West Indian crowd loudly cheering his exploits, the Indian team was still not out of the woods. The score seemed too small to defend.

With the clouds darkening and the prospect of the Duckworth-Lewis system coming into effect later in the day, the West Indies decided to attack from the first ball to have a good strike rate. The game had to be halted for about twenty minutes following a sharp shower. By the time play resumed, the West Indian batsmen seemed to have lost momentum. Wickets began to fall at regular intervals and a prolonged shower with the Windies slightly behind on the D-L method stopped play for the day. India was declared the winner by three runs.

The betting mafia was biting its nails in frustration. The cabal had put in $250 million on the West Indies win — $100 million at the start of the match and another $150 million after the Indian batting collapse. Mama-Ji had lost yet again, and the Don had lost face, once more. There would indeed be hell to pay.

If there was one person laughing all the way to the bank, it was Supremo. He had hit the jackpot for the second time in succession. He had taken a calculated gamble. After having been tipped off that the cabal had betted heavily on a West Indian victory, he had taken the opposite position. He seemed to know that there were people within who were determined to frustrate the mafia’s plans. Who had tipped him off? Who were his insider sources?

Supremo believed in doing the most important things himself, especially when it had to do with technology. He had known that Mama-Ji was up to something. But there was no way he could tap his phone, even though he was conversant with the technology and ways to use it. These were legal matters; tapping phones without legal consent was a no-no. If he had done it and the matter leaked out, his career would be finished. But there were borderline ways to use technology. Supremo had tracked down the benami person through whom Mama-Ji placed the bets. Mama-Ji always used a secure line, but his benami, after placing Mama-Ji’s bets, would use his personal mobile phone to place a few bets of his own, taking cues from Mama-Ji. It was this open phone line that Supremo had targeted and extracted the information.

But that still did not explain how he won big on those two occasions – he had taken positions opposite to that of the cabal! That was because of his knowledge of the key players on each team and their strengths and weaknesses. He had reversed his positions in both cases after seeing a herculean effort by a player he knew was clean. This meant that the game would reach its “logical conclusion.” Ergo ka-ching!

He was shocked that Dipika had categorized acolytes as ‘good’ and ‘bad’ and kept both at a safe distance from another. She also played games, delighting in the rivalry. It was as if there were two universes for her and only she could move between the two seamlessly.

Most of the betting was done online, from locations in the UK, Monaco, Macao, and other tax havens, including the state of Nevada in the US, since the amounts were relatively small, they did not attract the attention of authorities.

He had no qualms about the financial gains he had registered as a consequence of his sleuthing, despite the fact that Mama-Ji and he had established a rapport with each other. Mama-Ji was always awed by the brainy types, and Supremo impressed him with his knowledge of ancient scriptures, contemporary history, and technology. Mama-Ji was aware that, having been Rao’s protege, Supremo was no pushover, and therefore he had taken pains to cultivate him. After all, Rao had won the race to the prime ministership, leaving Mama-Ji behind.

It was one of those many conversations the two recently had, which had alerted Supremo. Mama-Ji had let slip, perhaps inadvertently, that he was part of a big group that contributed to the finances of Dipika’s family and friends. Or maybe he had said it knowingly to impress the other person. Whatever the case may have been, Supremo took the hint and used it to his advantage.

Meanwhile, a fuming Dilawar swung into action. He ordered a forensic audit into the actual beneficiary of the Indian victory. But the bookies, who worked for the Don, emphatically said they had not accepted any bets from anyone outside of the cabal. Most of the betting was done online, from locations in the UK, Monaco, Macao, and other tax havens, including the state of Nevada in the US, since the amounts were relatively small, they did not attract the attention of authorities. “Whoever had done the cross-betting,” Dilawar said to himself, “had planned and layered it well[1].” 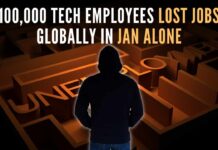 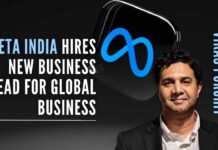 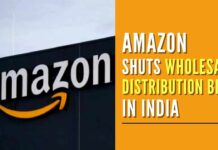 Sree Iyer on how his new book rips away the band-aid...