For those who came late – Grexit is short hand for Greece exiting or getting kicked out of the Euro zone of 19 members to make it 18.

The issue is simple—if you borrow say Rs.6 crores (approx $1 million) from a bank to buy a flat then each month you would be worried about paying Equated Monthly Installment (EMI) or a monthly mortgage so that you don’t become a defaulter. But if you borrow say Rs.6000 crores ($1 billion) than it is the bank which will worry…  And if the borrower is Greek Government and lenders are the International Monetary Fund (IMF)/ European Commercial banks and other European lenders then Europe worries more than Greece.

Greece is ruled by some hardcore socialists and anarchists. They won the polls last year and are against austerity or belt tightening by Greece Government as demanded by the lenders.

Greece Government has to repay an amount of $1.9 billion by end June to IMF and $8.5 billion to European commercial bank by August and it has total debt of $352 billion with a national income of $242 billion last year. Some estimates suggest that the debt could be 200% of its income in the coming year if it is not sorted out now.

Greece wants longer payment schedules which has been rejected by the lenders. Lenders want Greece to increase its Primary Budget surplus to 3% in 2015 and slowly to 4.5% next year. Greece says that is not possible since it argues increasing VAT from 23% –a major tax –will make people to evade and not comply. It claims that by regularly increasing taxes the amount that is getting collected is lesser. Cutting pension is not feasible since it will hit old age and poor segments. Already pensions plus wages take away 75% of Greek Government spending. Also the unemployment rate among the younger population (age group 16 – 24) is nearly 50% with an overall unemployment rate of 25%.

Alexis Tsipras the Greek Prime Minister is caught between his electoral rhetoric and reality.

His Finance minister –who is known as a Game theory expert – Yanis Varoufakis is hated by all lenders for his extreme positions and rude comments. He said:

“I rule out a ‘Grexit’ as a sensible solution,” Varoufakis told mass circulation Bild newspaper, referring to a possible Greek exit from the euro zone. “But no one can rule out everything. I can’t even rule out a comet hitting earth.”

A meeting is scheduled on the 18th among all Finance ministers of the Euro zone (19 countries) including Greece and this decision will be crucial.

If help is not forthcoming then Greece may have to opt out of Euro and also default on its immediate payments. This leads to the 2 following scenarios:

If Greece is given more time or some re-scheduling primarily due to Merkel of Germany then resentment against Greece by average Germans will increase. Anyhow without major economic recovery –Greece will stand at the same position in a few months. In other words it is only postponing the doomsday! (In America it is called kicking the can down the road).

If Greek is thrown out or opts out of Euro then it has to float its own currency and may benefit in the short run due to its depleted value particularly in tourism. But the impact on Euro Zone will be profound. Spain and Portugal are the other candidates who are balking at the austerity measures. Social turmoil will increase in those countries against austerity. Also in France the hands of extreme right Le Pen Party—which is against immigration and EU- will be strengthened. Generally every nation will feel the heat about EU and many may want to opt out.

The fundamental flaw of having a monetary union without a fiscal union will be exposed.

Imagine India having a single currency and the Reserve Bank of India (RBI) as regulator but every State can run its own budget as it likes and any amount of deficits and borrow from RBI– as they like. It can’t be sustained.

Plus anti-immigrant feeling in Europe due to unemployment may become anti-Muslim sentiment, since a good amount of migrants are Muslims – as seen in France/ Germany/ Netherlands.

Overall a very uncertain period with possibility of civil crisis for Europe –Coming Thursday will be important—will it be a tilting day?

For the purposes of this article, the conversion rate used is 1 USD = 60 rupees.

Author professor of Finance—IIMB-views are personal 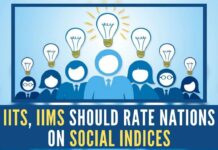 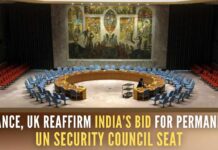