Part 1 can be accessed at India’s Algo trading scandal: a Tale of Two Exchanges and One Somnolent Regulator (SEBI)

‘Practice what you preach,’ is an old saying that the custodians of law are expected to follow religiously. But India’s financial market institutions like stock and commodity exchanges, so-called first level regulators, seem not to bother much about maintaining high corporate governance standards that regulator Securities and Exchange Board of India (SEBI) preaches for other listed companies.

SEBI’s lax attitude on corporate governance misconduct at the Multi Commodity Exchange (MCX), the second major bourse after the National Stock Exchange (NSE) to be caught in algo trading scandal, is in your face and includes a long list.

Thou shall own & prevail?

MCX held its recent board meeting on April 25 in violation of SEBI’s governance of stock exchanges and clearing corporation’s standard of the Stock Exchanges and Clearing Corporations (SECC) norms[1]. Voting on any board resolution in a market infrastructure company like an exchange requires a majority of Public Interest Directors (PIDs), which in other words are independent directors. As per norms, any resolution will be valid only when the number of PIDs that have cast their vote is equal to or more than the total number of other voting members.

On April 25, MCX had five shareholder members on the board while there were only four PIDs. The board accepted the resolution on financial results without much ado, despite there being a controversy over allegations of severe financial mismanagement at the exchange with regard to the award of contracts and other being a loan to its subsidiary MCX clearing corporation (MCXCCL) that has now been converted into equity or is pending conversion into equity. Under what norms or legal circumstances? Could MCX board not wait for a few days to allow its controversial MD and CEO Mrugank Paranjape to step down? Was there any discussion at MCX board meeting on the forensic audit report by T R Chadha & Co. with regard to algo trading scandal? All these questions to be raised by PIDs on MCX board are important since there are talks of an impending merger deal between the commodity exchange and the NSE, which is definitely in the interest of shareholders and hence the role of independent board members gains significance.

PGurus has already reported how the MCX board was in the process of appointing new members linked to Kotak and NSE[2].

Who are the shareholder directors?

Coincidentally, another shareholder director of MCX, Madhu Vadera Jayakumar is also on the board of Aptech Ltd promoted by Jhunjhunwala, who owns more than 43 percent stake in the company via various entities. Jhunjhunwala is also a key board member of Aptech along with other known stock market traders and investors.

As per SEBI’s SECC Regulations, clause 23 (7), “No trading member or clearing member, or their associates and agents, shall be on the governing board of any recognised stock exchange or recognised clearing corporation.” If this is strictly followed, Kotak could even lose its representative on the board of MCX. Who in SEBI is in-charge of looking into dealings at MCX?

How is the case of MCX different from that of another commodity bourse National Multi Commodity Exchange (NMCE) where its key executive Kailash Gupta was held guilty of fund siphoning on the pretext of acquiring software? PGurus in its previous post has already highlighted how around Rs.20 crores software development order by MCX to a London based company has become controversial[3].

Does accountability go for a toss?

SEBI norms with regard to key management persons (KMP) too seem to have been flaunted by MCX with ease. MCX de-classified its chief regulatory official Girish Dev as KMP based on Companies Act even when for exchanges SEBI rules may override companies act, legal experts say.

As per SEBI rules, anyone directly reporting to the MD and CEO and even two levels below him in market infrastructure companies, such as exchanges and clearing corporations, is a KMP. Especially, a regulatory official is responsible for any lapse in regulations in key departments. By de-classifying Dev, was there an attempt to assure he is not accountable as KMP?

It need not be mentioned that MCX is now facing a major data sharing scandal and needs to fix responsibility of the breach of regulatory norms on KMP.

Also, SEBI requires that it be informed about the appointment or removal of such KMPs.

Even as allegations of financial misconduct were raging at MCX, the exchange moved its Vice-President of finance and accounts Satyajeet Bolar to MCXCCL as the CFO. After working there for some time, Bolar was told by senior management of MCXCCL that his salary for the post was too high and hence his position was ‘redundant’ for the company. Mrugank Paranjape, the MD, and CEO at MCX is also a board member of MCXCCL. Bolar’s removal came just days ahead after Parajanpe decided not to contest re-appointment for the post of MD and CEO at MCX as there was an adverse forensic report on data sharing with Susan Thomas.

PGurus has learned that the incoming MD and CEO of MCX P S Reddy has assured Bolar that he would look into his matter. But even if Bolar is re-instated should the matter stop there? Should SEBI not make inquiries as to why a key management person was shown the door? Should Bolar not speak in the larger interest of retail investors in India’s financial markets?

More than MCX, the regulator SEBI needs to explain a lot as it has foremost responsibility towards small investors who come to trade on an exchange platform with a thousand dreams but end up being victims of misconduct by suited-booted professional management as is the case of MCX.

[1] SEBI Memorandum to the Board – Sebi.gov.in 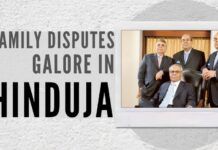 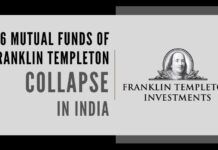