The price of Crude oil and its steady descent has started a guessing game as to how low it will have to go. According to CNBC, “the price of oil has fallen around 70 percent since June 2014, when a barrel cost around $114[1]. Since then, a glut in global supply and demand failing to keep up – as well as the decision by major oil producer cartel OPEC to not cut production – has meant that prices have not had any support[2].”

Add to this the imminent re-entry of Iran as a new source of crude and it won’t be a surprise if the price hits $20 a barrel! Throw in the fact that illegal crude oil, extracted from areas controlled by the ISIS is shipped into tankers that keep doing 8s in the Mediterranean, hoping to somehow unload their cargo. A favorite tactic is to turn off the satellite transponder for small amounts of time[3], offload crude into barges, and turn it back on, hoping that the West is not catching on. Most of these crude passes from Iraq to the Mediterranean via Turkey[4].

OPEC, controlled mainly by Saudi Arabia decided to keep their production levels the same as before the price started falling and this has also caused a fair amount of pressure on the price. The Saudi Kingdom has close to 15,000 princes and princesses, which should be costing their exchequer plenty[5]. With lower revenues coming in, and the recent battle of wits with Iran, the Saudis have decided to cut some subsidies, which in itself can cause turbulence in the region[6]. Now with a lower price per barrel, OPEC countries will continue to produce the same (or perhaps more) to add more pressure to the price of oil.
So what is the conclusion then? With China’s problems looming, it is predicted that Oil may hit $20 per barrel[7]. The US shale output is expected to decline by 116,000 barrels per day in February versus the month before, the same rate as of January’s estimated drop and a slower pace than many had expected months ago, the Energy Information Administration said. At some point of time, the US will stop producing crude from shale, which will give a breather for Crude oil prices. Then and only then, will the prices start ticking up. But don’t take our word! Stranger things have happened… Russia could bomb ISIS-controlled wells back to the Stone Age and Iran could take longer to pump…
Note:
1. Text in Blue points to additional data on the topic. 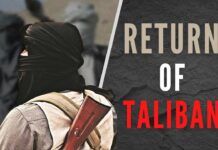