IS attacks Brussels airport and metro

The Brussels Airport attack by Jihadists again brings to life challenges faced by Europe as we know it. The land of Mozart and Goethe and Schopenhauer and Sartre and Beethoven is dead.

The cultured European having his wine and enjoying concerts and Opera is passé.

Today Every European walks with his eyes trained on his back and ears listening to any changes.

Europe has lost the will to fight and stands for whatever are its values.

In small towns new neighbors are looked at with suspicion and old neighbors are expected to behave. The sound of screeching cars at night makes them stay awake and sirens and cops are a normal scene.

The Radical Islam is not fighting Christianity – which anyhow is dead in Europe — but it is fighting the modernity. Islam is frightened of modernity destroying their religion and culture how so ever unacceptable it may be to European liberals. It is concerned about pre-marital sex/ contraception/ homosexuality/ adultery/ “unprotected” women etc.

Europe does not know how to handle it. The rise of right wing forces – Le Pen in France and Pegida in Germany – is going to light the fires of newer European conflicts. Europe thought – a la Merkel – that they can buy peace with radical Islam by “requesting” them to integrate. But integrate with what? Integrate with “immoral” Europe where women are exhibited as “open meat” [in the words of the Australian Imam] who are “poisonous”?

Europe has seen Crusades and 100 years wars – between Christianity and Islam. But never has it had seen a conflict of this nature between “modernity” and Islam. The ongoing tussle in Turkey enlarges the conflict in the underbelly of Europe. Already it has 50% unemployment among youth groups and everyday 10000 are marching in, in the name of refugees. Remember some 200 years before entire Spain and up to the gates of Vienna it was Andalusia Empire and thousands of mosques were converted to Churches after Europe was “cleansed” of Islam.

This time the Europe which is facing crisis is different. It is not the Pews and Stained glasses but concert halls and swimming pools and whole night parties that are opposed by Radicals.

The issue is regarding life style and whether one likes it or not, radical Islam is “Global moral policeman”. He knows the place of women in society and also the place of Europeans.

Colonial loot is over. Europe just drinks/ eats/ fornicates and sleeps. It has lost the will to fight. No great Literature/ Music/ Art – only lazy left liberals – Eurobia is the answer.
Plus its ability to fight Jehadis is questionable – 60% of Belgian Army is overweight/ 15% obese/ average age 40 – Will fight the Jehadis, Believe me!

Unfortunately Europe has lost the will to fight and stands for whatever are its values. Its own idea of “freedom” is going to devour it when it is offered to Radical Islamists.
Europe as we know is dead. Amen. 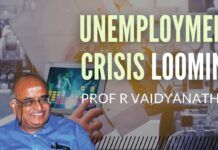