India on Saturday questioned the World Health Organisation‘s (WHO) methodology to estimate the COVID-19 death toll in the country, stating that the same mathematical model cannot be used to estimate the mortalities of a country like India which has a large geographical size and population.

In a press release dated April 16, the Ministry of Health rebutted the Western media claims that India has been stalling the WHO’s efforts to make the global Covid death toll public. The Ministry of Health pointed out the bias that was indicative in an article by New York Times. “It is very surprising that while New York Times purportedly could obtain the alleged figures of excess COVID-19 mortality in respect to India, it was ‘unable to learn the estimates for other countries’!!” the press release stated.

India has been in regular and in-depth technical exchange with the World Health Organization (WHO) on the issue of collecting and making public the COVID-19 death toll in the country.

The Ministry of Health said in the press release that the analysis while using mortality figures directly obtained from a Tier I set of countries, uses a mathematical modelling process for Tier II countries (which includes India).

It said, “India’s basic objection has not been with the result (whatever they might have been) but rather the methodology adopted for the same.”

The Ministry further said that India had shared its concerns with the methodology along with the other Member States through a series of formal communications, including six letters issued to the WHO.

During these exchanges, specific queries had been raised by India along with the other Member States, which included China, Iran, Bangladesh, Syria, Ethiopia, and Egypt, regarding the methodology and use of unofficial sets of data, it said.

It further said, “The concern specifically includes on how the statistical model projects estimate for a country of geographical size & population of India and also fits in with other countries which have a smaller population. Such one-size-fits-all approach and models which are true for smaller countries like Tunisia may not be applicable to India with a population of 1.3 billion.”

It said the model gave two highly different sets of excess mortality estimates when using the data from Tier I countries and when using unverified data from 18 Indian States.

Such wide variation in estimates raised concerns about the validity and accuracy of such a modelling exercise, it said.

“India has asserted that if the model is accurate and reliable, it should be authenticated by running it for all Tier I countries and if the result of such exercise may be shared with all Member States.”

The Ministry said that while India had remained open to collaborating with the WHO as data sets like these would be helpful from the policy-making point of view, India believed that in-depth clarity on methodology and clear proof of its validity were crucial for policymakers to feel confident about any use of such data. 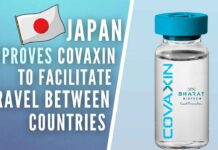 As Omicron sees a surge; Centre to deploy multi-disciplinary teams in...