Yesterday – March 30 – Congress leader and noted lawyer Kapil Sibal conducted a Press Conference. It was expected that Sibal would be replying to the allegations aired against him by Union Minister Smriti Irani on the report published by the website OPINDIA[1] on the controversial acquiring of a company for just a few lakh rupees and getting land worth Rs.89 crores ($13.7 million).

If there was any wrong or fault in the report of OPINDIA website or subsequent allegations and questions raised by Smriti Irani, Sibal would have put on a show of spectacular dimensions, countering them.

Here is the 38-minute long video of Sibal’s press conference[2]. Sibal spent most of the time on the Central Board of Secondary Education (CBSE) exam paper leak and Justice Chelameshwar’s letter. The rest was his usual rhetoric against the Prime Minister and the Rashtriya Swayamsevak Sangh (RSS). During the QA (Question and Answer) session, two questions came up on the allegations against him on the dubious acquisition of the company and his links with controversial businessmen, the Gupta brothers of South Africa. In two minutes Sibal closed the chapter by quoting a South African newspaper which said that they “found no money laundering or fraud practices by Sibal”. And to the second question of filing a case against OPINDIA report, Sibal quipped that he will decide when and what and how to do.

Does this mean that Sibal has something to hide or doesn’t want to discuss the subject? This is typical Sibal style. If there was any wrong or fault in the report of OPINDIA website or subsequent allegations and questions raised by Smriti Irani, Sibal would have put on a show of spectacular dimensions, countering them. His response felt more like a whimper than the roar of a lion.

The OPINDIA article written Nupur J Sharma is very clear – In February 2017, Sibal and wife purchased a company for few lakhs of rupees1. This company was formerly owned by South Africa based controversial Indian origin businessmen and by the purchase of this company at a throwaway price, Sibal and wife became the owners of the company’s plush property in Delhi worth about Rs.89 crores.

Sibal now relays the South African newspapers’ observation that they found nothing on Sibal’s money laundering. How can a newspaper find money laundering, that too from South Africa, on an Indian property? The newspaper report mainly concentrated on the controversial activities of South African businessmen the Guptas and Piyoosh Goyal. Meanwhile in 2013, when Sibal was a powerful Minister in UPA-2, handling Telecom, Law and IT, these Gupta brothers and Piyoosh Goyal were on the radar of the Central Bureau of Investigation (CBI) for bribing the State Bank of India (SBI) and Bank of Baroda officers. The case reached nowhere as these persons are harboured safely in South Africa. Now in 2017, their Indian company is acquired by Sibal and wife at throwaway prices reminiscent of the National Herald scam.

What is ironic is that when he was arguing for The Wire website in a defamation case by BJP President Amit Shah’s son Jay Shah, Kapil Sibal argued that it was the right of journalists to ask questions! Here is a complete reversal of stand on his part when he says that he will file a case against OPINDIA website for asking questions on his purchase of a company and getting a high-value land by this purchase.

Sibal’s answers to the South African newspaper were also different at different times. Instead of making a defamation threat, it would be nice of Sibal to clear the air on the allegation. We agree that it is his prerogative to file a defamation suit but we also need to remind Sibal the basic rule – Telling the truth is not Defamation.

So Mr. Sibal, when are you conducting a full-fledged press conference on these allegations reported by OPINDIA website and Union Minister Smriti Irani? The nation wants to know! 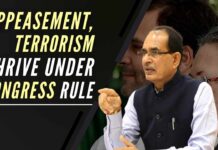 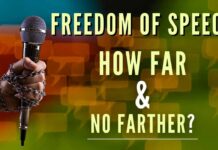 Freedom of speech in India: How far and no farther?