Can they sell assets when they owe money to the Income Tax Dept?

The last time we wrote about NDTV was when the Income Tax (IT) Officer who exposed NDTV tax frauds was transferred from his post[1]. According to many officers in the Income Tax department, Bhupinderjit Kumar, the IT Officer was initiating criminal action against NDTV promoters if the dues were not paid by March 31, 2018.  As part of non-payment of taxes, the IT department was in the process of seizing the assets of NDTV. Mysteriously, this has not happened yet!

And now, NDTV has decided to sell part of a subsidiary, Red Pixels Ventures Limited (RPVL) to A R Chadha And Co (India) Private Limited, the landlord of the office premises in New Delhi. In a filing with the Stock Exchanges (see Figure 1), NDTV said that they have approved the sale of up to 7.38% stake of the Company @ Rs. 59,824/- per Equity share in RPVL towards paying rent[2]. Despite the actions by several agencies such as the Enforcement Directorate (ED), Central Bureau of Investigation (CBI) and the Income Tax Department.

IT Dept has barred NDTV from selling assets

In an order dated June 16, 2017, the IT department had written to NDTV (see Figure 2), the order explicitly prohibits transfer of any assets of the company without the permission of the Assessing Officer…

Yet, NDTV continues to blithely sell off its assets. What is even more strange is why the landlord is accepting equity of a troubled company in lieu of rent?

ED is also hot on the heels of NDTV

In the last hearing before Honb’le Justice Shakhder (Delhi HC), ED has confirmed that Roys have been summoned and their statements recorded under PMLA. Further, even Reliance Group members have also been summoned in the same PMLA matter. The HC order dated February 8, 2018, clearly records that summons were issued also to the Director of one of the companies of Reliance and the Branch Manager of the ICICI Bank, I have asked the counsel for ED and the Assistant Director, ED to file an updated report qua this part as well. In other words, all those who have come under the scanner, their statements will be recorded and concomitant steps will be taken, as mandated in law[3].

Not the first time…

This is not the first time that NDTV has flouted directions of the IT department. In June 2017, NDTV had sold four of its online companies to a Coal Scam accused KJS Group[4]. In a declaration submitted to Stock Exchanges on June 23, NDTV said they have sold out companies like NDTV Lifestyle, NDTV Convergence, NDTV Worldwide, NDTV Ethnic Retail Limited to the Nameh Hotels and Resorts Private Limited. It is learnt that all these companies who are just owning websites were sold at a pittance of just Rs. Two Crores!

How is NDTV acting so brazenly? Who in the current dispensation is the “invisible hand” that is helping them stave off all agencies, get extensions in the court and so on? After PGurus questioned the presence of BJP Ministers showing up on NDTV, there has been a lull for some time now. Is this set to resume again?

The complete IT Tax letter dated June 16, 2017 (copy of the Delhi High Court Order published on their website) is shown below: 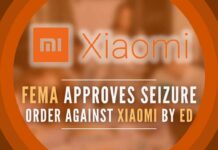 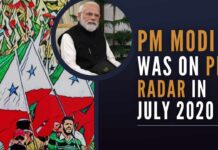 Latest lawsuit against Infosys is not good news

The GSTN Saga – The pain of doing business in India