In Part 1 of our series, we have seen how Ben Yehuda returned to the land of his ancestors and revived not only the language but also the culture of his forefathers. The Vatican has also undertaken efforts to revive Latin as the lingua franca. While Yehuda had to build Hebrew from scratch and Vatican faced competition from vernaculars, Sanskrit faces its own set of problems. As opposed to popular thinking, Sanskrit is not a ‘dead language’ nor has it ever been completely out of use, we will get to that in just a bit.

First let us learn a little about the language itself.

Samskrut (Sanskrit is the Anglicised version), which means refined, comes from the words Sam, meaning well, and Kru meaning to do. In effect Samskrut translates to doing or making it well. It was Guru Panini who; through his famous ‘Ashtadhyayi’, laid down the rules and structure of Samskrut. Most languages suffer atrophy over time but Samskrut; because of its scientific nature, has been retained in its original form for centuries now. This makes it easier for us to connect with the thoughts of our Rishis and Gurus without having to look up a dictionary or being lost in the maze of extinct vocabulary. All we need to do is invest time in learning the rules and the basics.

One of the biggest misconceptions is that Sanskrit was the language of a chosen few. Although it is called Devabhasha (divine language) it was not the preserve of just the Brahmins and Devatas and Devis alone. In fact it was widely spoken in both Vedic and Classical periods. This can be inferred from the fact that not only the Vedas but other shastras of daily use; be it architecture, sculpture and even fashion (for lack of a better word)  have also been written in Sanskrit. The language is rich in literature- poetries, plays, epics- you name it and we have it. We owe a debt of gratitude to Guru Panini who structured the language in such a way that learning it should be a cakewalk for us. So why is it not widely spoken today? And why do we have to talk about ‘reviving’ it?

We will take a look at the problems faced in its revival as well as efforts being made by individuals and organizations to make it appealing to the masses. Hopefully by the end of the article I would have presented a strong case for at least a few of you to undertake its study. That would certainly be a fitting tribute to Guru Panini.

One of the biggest issues is ‘politicisation’ of languages. Ever since the division of states on the basis of languages, languages in themselves have become a political tool. Vernaculars are associated with regional pride and introduction of any other language is seen as an attack on as well as an attempt to edge out the local language. Samskrut is the mother of all Indian languages with Tamil being the sole exception, in which case the two are siblings. Samskrut’s influence on Tamil and vice-versa cannot be overlooked, even if politicians want you to. The two have grown up together and learnt from each other.  In propagating regionalism Samskrut is made to look like an outsider particularly in Tamil Nadu.

To take the divide a step further the misconception that it is a language of the upper castes has been deeply ingrained in the psyche of the masses. By trying to create an impression of ‘Samskrut’ being a ‘right wing’ tool, an ecosystem has been created in the country since independence of some sort of ‘majoritarianism’. Much like everything else anything associated with ‘India’s glorious past’ has to be dismissed as imposition of ‘Hindutva’ as some would like to call it. Truth is Samskrut holds the key to the treasures of the past and hence its revival is important for the survival of our culture, the Indian culture which cuts across castes, religions, creeds and class.

But crossing political hurdles is just one part of the problem. The other one, a much real one, is that of bringing it to the masses. We need to make it appealing for a sizeable population to begin speaking in Samskrut. ‘Catch them young’ certainly doesn’t seem to be working well as has been pointed out by Ms. Rohini Bakshi in her article about Sanskrit Education in the United Kingdom. Our education system is marks based, one where emphasis is laid on scoring rather than learning. Language is not something to be learnt by rote but rather it has to be understood so that one can appreciate its literature. Another article Sad state of Sanskrit scholarships I recently came across shows how we are focussing on the numbers and not on quality. This is the reason why despite having a vast body of work from the simple like Panchatantra & Hitopadesha to complex such as Upanishads, Aryanakas etc; much of the knowledge of our ancestors remains locked.

But all is not lost and in recent years efforts are being made to make Samskrut the lingua franca of India. As I said earlier Samskrut is in a unique position and we have something which neither Ben Yehuda nor the Pope had at their disposal. Latin is competing with languages spread all over Europe while Hebrew did not have the advantage of internet and social media. Let us not forget Samskrut is the foundation on which all Indian languages have been built. Hindi and Marathi have borrowed the entire Devnagari script along with a good amount of grammar and vocabulary. Similarly all other Indian languages are enriched with Sanskrit vocabulary. Hence, it will not be very difficult for Indians to learn Sanskrit as such. It is a question of making a start and as I said earlier there are a lot of tools available for us today that’ll make it easier to learn Samskrut.

Revival of a language depends more on people than on Governments and institutions. It is individuals who will strengthen a language. The more number of people speaking a language the quicker is its revival.

In the concluding part to this #Kalachakra series on languages we will see what are the tools available for us to learn Samskrut as well as the universities and courses offered by them. 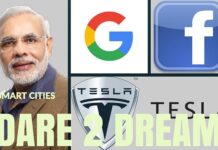