[dropcap color=”#008040″ boxed=”yes” boxed_radius=”8px” class=”” id=””]T[/dropcap]he government’s decision to put a single-window clearance mechanism for film shooting permissions in place, has been termed as “fine” by popular Indian filmmakers like Shyam Benegal, Ramesh Sippy, Prakash Jha and Rakeysh Omprakash Mehra. However, they wonder if and when the paperwork will turn into reality.
There was a sense of euphoria in tinsel town with the announcement of a Film Facilitation Office, which will be operated by the National Film Development Corporation (NFDC). It aims to make the process to get approvals simpler by eliminating all channels of bureaucracy and red tape.
With a promise to put India on the global map as a film shooting destination, Minister of State for Information and Broadcasting Rajyavardhan Rathore set the ball rolling with the launch of the Film Facilitation Office logo at Film Bazaar here last week.
[dropcap color=”#008040″ boxed=”yes” boxed_radius=”8px” class=”” id=””]B[/dropcap]enegal, a National Award winning filmmaker, feels that the industry is in dire need of a single-window system, but also asserts that NFDC had taken up the job a long time ago. “There are many problems and we do need a single window. NFDC is already a single-window for us,” Benegal said.
Sippy, who is credited with giving one of the biggest cult entertainers of Indian cinema, “Sholay”, heaved a sigh of relief as at least the work towards attaining the single-window clearance has started.
He said: “Declaration is not substantial enough at the moment. But at least it is a fine beginning. We were talking about single window for years and it didn’t happen till now. Everybody in the film fraternity experiences lot of obstacles but they will not go away overnight. The greatest worry is that paperwork can be done, but will it be a reality.”
[dropcap color=”#008040″ boxed=”yes” boxed_radius=”8px” class=”” id=””]T[/dropcap]here are many Film Tourism Symposiums, presented by the ministry of tourism in association with the ministry of information and broadcasting and NFDC, being held at the annual film market to draw a road map for the Film Facilitation Office. And the filmmakers are addressing the issues of showbiz.
Benegal, Sippy, Prakash Jha, Rakeysh Omprakash Mehra, Anubhav Sinha, Sudhir Mishra, Kabir Khan, Bharat Bala, are some of the names representing Hindi filmdom.
Other participants to share their experience of shooting in India are James Weyman, manager of Industry Initiatives, Ontario Media Development Corporation; and Ruth Harley, former CEO of Screen Australia; and New Zealand Film Commission, while line producers like Parvesh Sahni and Iqbal Kidwai talked about the on-ground challenges of shooting a film.
So, a dialogue is being promoted to overcome all the obstacles and lay a clear pitch for creating single-window clearance system.
[dropcap color=”#008040″ boxed=”yes” boxed_radius=”8px” class=”” id=””]M[/dropcap]ishra, known for powerful subjects like “Hazaaron Khwaishein Aisi”, “Chameli”, “Inkaar” or “Khoya Khoya Chand”, is optimistic and admits that there are problems in the country, but that should not be a reason to “knock India down”.
The filmmaker also asserts that “we need to work around them”.
“Yes we have problems and we should work around them instead of knocking India so much. I had some trouble shooting in France as well. India is a complicated country with its problems and they will not be solved for us,” Mishra said.
Fans of James Bond in India still haven’t overcome the instance when the country missed its chance to feature in the popular action film franchise. The “Skyfall” makers dropped the idea to shoot in Mumbai due to multiple channels and chaos over the bureaucracy.
[dropcap color=”#008040″ boxed=”yes” boxed_radius=”8px” class=”” id=””]S[/dropcap]ahni, who has line produced films like “Slumdog Millionaire” and “Life of Pi”, said it’s not all about removing bureaucracy from the system, but about introducing new policies as well to get attention of foreign filmmakers.
“We need a policy to shoot with drones in the country. The international production houses want to shoot with drones,” Sahni said.
“Bhaag Milkha Bhaag” maker Mehra summed up by saying that “we are filmmakers…We will continue making films and they will be shot somewhere. We need to reduce the channels and open the window wider.” 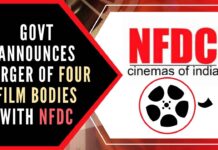