Kharge will take charge from Sonia Gandhi who had been serving as interim president after Rahul Gandhi stepped down from the post after the party faced a debacle in the 2019 Lok Sab.

The counting of votes began at 10 am at the AICC headquarters in New Delhi. All sealed ballot boxes from 68 polling booths across the country were brought together and kept in a “strong room” at the party office.

Over 9,500 votes were cast in a secret ballot to choose between the two candidates, with Kharge pitched as the favourite due to his proximity to the Gandhi family and a large number of leaders backing him.

Electors in the presidential polls this time were asked to put a tick mark against their preferred candidate after Tharoor’s team took up the issue of its earlier directive that voters write “1″. This, the team said, might lead to confusion.

Meanwhile, Shashi Tharoor, today alleged “extremely serious irregularities” as votes were counted two days after the Congress held a milestone election, the first in over 20 years, and one in which no Gandhi was in the race. Hours after his team’s letter flagging alleged violations surfaced, Mr. Tharoor said he would like to “move on” and that it was “unfortunate that a strictly internal letter’ was leaked.

Soon after counting began, Mr. Tharoor’s team alleged that there were “disturbing facts” in the election process in Uttar Pradesh and demanded that votes in the state be cancelled. “We did not contest this election to accept business as usual,” said team Tharoor.

Ahead of the polling, Kharge had said he would have no shame in taking the advice and support of the Gandhi family in running party affairs if he becomes president. Tharoor, on his part, took a veiled dig at some senior leaders supporting Kharge, saying some colleagues were “indulging in netagiri and telling party workers that they know who Sonia Gandhi wants to be elected“. 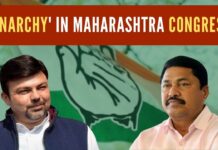 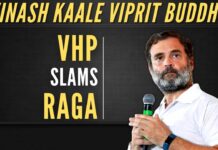 Pakistan didn’t beat us, the ball did!