The Central Bureau of Investigation (CBI) has taken over the probe into the case of the missing idols following the Madras High Court‘s order on an ex-Tamil Nadu police Inspector’s plea alleging a former Inspector General of Police (Idol Wing) Pon Manickavel framed him in false cases. The High Court on July 22 had ordered a CBI probe into the allegations levelled against retired IPS officer A G Pon Manickavel, who was the Inspector General of Police (Idol Wing) in Tamil Nadu by Kader Batcha, a retired inspector in the wing.

Based on the orders, the CBI took over the re-investigation of the FIR filed by the state police in which Batcha and a head constable were named as accused. Batcha, in his petition, alleged that Manickavel in collusion with Deenadayalan, the main accused in the idol theft cases, started to foist false cases on officers like him to “quench his bureaucratic vengeance”. Justice G Jayachandran considered the gravity of the charges and ordered a CBI probe into the allegations noting those cannot be ignored.

“Therefore, taking into consideration the international ramification of the offence, exchange of allegations against each other by two police officials, who were privy to the idol theft cases, the alleged attempt to screen the crime of theft and the thieves, this court has no second opinion that this is a case to be investigated by the CBI to unravel the truth and to secure the culprits as well as the recovery of other antique idols, which are still in the alleged possession/ control of the prime accused Subash Chandra Kapoor against whom the investigation had come to a standstill in view of the alleged opinion given by Manickavel in June 2019,” the judge had observed.

Kapoor was arrested in Germany based on an Interpol Red Notice in 2011 and handed over to India the next year. Kapoor and his five conduits were recently convicted in the Udayarpalayam burglary and illegal export of 19 antique idols valued over Rs.94 crore to the Art of the Past Gallery in New York.[1]

Justice Jayachandran directed the CBI director to take cognizance of the representations of the petitioner dated April 20 and June 15, 2019, and make a preliminary inquiry by appointing an investigating officer, not below the rank of DIG. He transferred the investigation into the case registered in 2017 from the file of the Idol wing to the CBI for a fresh probe.

“The petitioner and Manickavel were police officers at different ranks. They had been entrusted with specific responsibilities which involved the pride and faith of the nation. Their action also involved other ramifications like foreign relationships and honouring the International Treaty obligations without compromising the interest of the nation,” the court had said.

The High Court observed that from the materials placed, it is certain that only one among the two, the petitioner or Manickavel must have placed all the facts within their knowledge and those facts must be true. Both versions could not be true, the judge said, adding another possibility is both have willfully come out only with half-truths, suppressing the other half which would then be a case of suppression of the fact or suggestion of falsehood through the fabrication of documents. 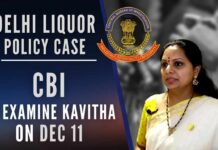