Reserve Bank of India (RBI) Governor Shaktikanta Das on Thursday said the central bank continues to have “serious and major” concerns about the cryptocurrencies like Bitcoin and has conveyed them to the government. It is for the government to take a call on what to do in the matter, Das said, adding that he would like to have “credible explanations and answers” on the value such instruments can get to the Indian economy.

Private cryptocurrencies like Bitcoin, which are unregulated, mined through a complex process, and have highly volatile prices, are under the regulatory gaze in India despite their proliferation as an asset class. Calls have been made to treat it as a foreign asset, and the government is to decide whether to allow them fully or not. El Salvador is the first country to recognize Bitcoin earlier this week and has been reportedly experiencing civil unrest after the value of the currency corrected by 20 percent in a single day, which was the first since the instrument was recognized in the Central American country[1].

The RBI had initially banned domestic lenders from facilitating investors’ trade in such assets, which had to be allowed after the Supreme Court struck down the RBI order.

“We have conveyed our serious and major concerns about cryptocurrencies to the government from a point of view of financial stability. The government will make a decision,” Das said, speaking at an event organized by The Indian Express and Financial Times. “…I think we need more credible answers as to whether going forward, the whole private cryptocurrencies, what contribution it will make to the Indian economy going forward. I think we need to be convinced with more credible explanations and answers,” he added.

The RBI had initially banned domestic lenders from facilitating investors’ trade in such assets, which had to be allowed after the Supreme Court struck down the RBI order. As per reports, some banks have restarted their function. Earlier in March this year, RBI Governor had said that he has “reasons to believe” that the government is in agreement with the “major concerns” flagged by the RBI.

India has also started working on its own digital rupee, as has been the case with many other economies, and intends to start trials on the same later this year. Unlike the private cryptocurrencies which are called “opaque” by critics, the central bank digital currency will be like a currency note which will be regulated. 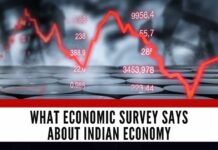 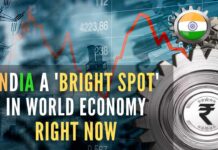