Part 1 of this series, A letter from two Hindu supporters to Hardcore Bhakts, post-Surgical Strike can be accessed here. Part 2 was about Forgotten Promises. This is the concluding part in this series.

[dropcap color=”#008040″ boxed=”yes” boxed_radius=”8px” class=”” id=””]O[/dropcap]ne more issue that has brought BJP in a negative light for us is the incessant strikes at our Hindu traditions, rituals and customs. They imposed a ban on Jallikattu, they passed a law against black magic and superstition, and they voice their so-called environmental concern around Hindu festivals like Ganesh Chaturthi or Diwali. Be it the call to abolish Snana or opening temple for all, BJP ironically seems to be on a mission to defame Hinduism. Even after we united to support BJP and did everything for its victory, apparently, Hinduism is the only religion not having any kind of defense from direct attacks from the state. What did it serve for us to work day and night for BJP’s victory?

Construction of Ram Mandir was in the manifesto of BJP for its Hindu followers.

Other long-standing promises of BJP include that of Ram Mandir and Uniform Civil Code. Construction of Ram Mandir was in the manifesto of BJP for its Hindu followers. It is no surprise that it has not been constructed yet. What choice do the Hindu followers have than to believe that it is another fake promise by the BJP just to win? It cannot be clearer that BJP has no respect for us; don’t we belong at a place where our purpose and religion are given due reverence and coherence?

BJP has forgotten its promises even on the law and order front. A set of unified and uniform laws to govern topics like marriage, inheritance, divorce, adoption and maintenance was promised in the manifesto of BJP. Currently, there are a separate set of laws for different Indian communities. This is another promise that seems to be hanging in the air. There is still no sight of Uniform Civil Code being a reality. The BJP leaves us with no reasons to trust them after their total change of colors.

More major issues include that of Sadhvi Pragya and Pink revolution. BJP is repeatedly accusing Sadhvi Pragya for the 2008 Malegaon bomb blast and is not allowing her bail even after a plea was filed. As if that was not enough, even after a government supported by Hindus is reigning, India has somehow become the second largest beef exporter in the world! Beef production generates a carbon footprint larger than that of automobiles! The cow that is a figure of worship for us Hindus, in a Hindu country!

[dropcap color=”#008040″ boxed=”yes” boxed_radius=”8px” class=”” id=””]I[/dropcap]f they had to do nothing about it, why did they milk the issue so much in Lok Sabha 2014 elections? BJP has taken no concrete steps about so many issues. Be it the issue of Hindu Bangladeshi migrants in NRC Assam or betrayal of Jammu related to the coalition government in J&K.

Kamlesh Tiwari was put in jail for his comment on Prophet Mohammed but Azam Khan didn’t see jail for calling Bharat Mata a witch.

Not just that, BJP wants to allow women in Shani Temple, but why is no action ever taken for Haji Ali? There have been so many riots and Hindus have been widely victimized. BJP had no words or consolation for them but it was necessary for the PM to reassure the Christians about a few act of vandalism? BJP is trying to bring Hinduism in an anti feminist and overall negative light. Why don’t these rules apply to other religions? Why is only Hinduism targeted time and again? Too oblivious of the fact that Hindus were the followers who are responsible for the status of BJP.

Another very important issue here that clarifies BJP’s ignorance against us and our religion is that they are not repealing Blasphemy laws. We Hindus don’t have a concept of Blasphemy. Kamlesh Tiwari was put in jail for his comment on Prophet Mohammed but Azam Khan didn’t see jail for calling Bharat Mata a witch. Zakir Naik didn’t go to jail for mocking our Lord Ganesh. Akram Hussain painted our Lord Krishna with all the Gopis in bikinis and he was not jailed either! Then why we Hindus have to be subjected to such injustice? That too after giving BJP our unconditional support?

No progress on the Anti-conversion Bill

[dropcap color=”#008040″ boxed=”yes” boxed_radius=”8px” class=”” id=””]I[/dropcap]t is now well known that foreign organizations like Joshua Project are funding a billion dollar conversion industry. Conversions are based on an ideology of hate: that we idolaters are sinners and that if we believe in Jesus Christ for salvation, we will no longer be sinners. Conversion disrupts societies causing new converts to hate everything their ancestors stood for. Philip Goldberg has written how missionaries bribe/ coerce to save more souls [4]. Associated with Joshua Project, is Project Thessalonica that aims to kill key links to Hinduism: its effects are already starting to be visible [5]. Sankrant Sanu has written how conversion is an asymmetrical warfare [6]. Shanmukh et. al. have shown the effects of conversions on demographic changes. [7]

The people whose devotion, day and night action, persuasion has given them the gift of glory are ignored like a plaything.

This is yet another disappointment for us in the form of Anti-conversion bill. This bill was aimed to restrict “forced conversion” of Hindus by Christian missionaries. This has also become one of those topics that are often talked but never done anything about. For instance, despite being in power in Jharkhand for more than 7 years, BJP has taken no steps to check the rapid growth of Christianity [8]. This law is a must have to save Hindu population from being converted into other religions by force [9].

Sainthood is a propaganda tool for Catholic Church for conversions. Mother Theresa has contributed little to the cause of helping the poor in India [10]. What’s ironic is that PM Modi is allowing the passing of anti-superstition and black magic laws for Hindus while he is not just endorsing the fraud Christian missionary as the so-called “Miraculous Mother” Teresa but also sending a delegation in her honor! There was no reason for a secular state to send its Foreign Minister as emissary for canonization of a Catholic Saint. Why is the PM endorsing the Christian sainthood based on miracles but imposing laws on Hindu saints? What is BJP doing about the anti-conversion bill? What is being done about the Hindu saints that are suffering in the Indian jails?

BJP promised for the bill in its manifesto but now that seems to be discarded as well. They have proved their carelessness towards us, why should we not?

All of this strengthens the fact even more that Modi government has done nothing for the people who are responsible for the power they enjoy. The people whose devotion, day and night action, persuasion has given them the gift of glory are ignored like a plaything. In fact, BJP has shown us extreme disrespect by doing things contrary to what they promised, approving Islamic banking and increasing spending to Madrassas 100 fold.

All evidence makes it even clearer that BJP has lost track of its origins [11]. The party has its feet high above the ground with what they think is unconditional support from the Hindus. With their continued ignorance of our agendas and the breaking of all promises made to us, won’t they deprive us of even our basic rights and freedom if they win these state elections [12] [13]? Therefore, it’s high time that the hardcore BJP supporters find their lost respect and stop being taken for granted. 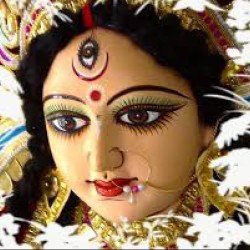 Aparna is a Design Engineer. Her interests include History, Politics, Yoga and Cooking. She believes in "KarmanyeVaadhikarasthe...".She tweets as @a_r_j_u_n.

Latest posts by Kanimozhi and Aparna (see all)

Anti-NEET movement exposes the hypocrisy of many