The former Minister in UPA, Shashi Tharoor has filed a case against Republic TV for defamation in trying to prohibit the reporting of the murder of his wife Sunanda. PGurus has decided to publish the crucial All India Institute of Medical Sciences (AIIMS) reports and Delhi Police (DP) records which show how Shashi Tharoor sent a lot of emails to doctors during post-mortem to confuse the medical condition of his assassinated wife.

The first document is a 12 page AIIMS report dated September 27, 2014 which clearly says Sunanda’s death is due to poisoning. Pages 2-7 expose the fact that Delhi Police had submitted several unwanted medical records of Sunanda. Why? To obfuscate. 211 pages of medical reports and certificates were provided, most of it useless, while not giving the basic things of the crime scene photos and bed sheets and pillow covers and tablets seized from the room for 10 months.

The worst was that even the family medical history of Sunanda and even her son’s drug addiction treatment certificate were given to the AIIMS doctors, while not sending the crime scene photos and bed sheets and pillow cover! That time Joint Commissioner Vivek Gogia was heading the probe. His role was detailed in an earlier post of PGurus.

The second document is the DP reply and submission of reports to AIIMS date October 1, 2014. The first two pages of details of submission of documents show that these crucial materials were hushed up by the Delhi Police during Congress regime. Page 26 and 27 show the emails of Shashi Tharoor to his then Private Secretary Abhinav Kumar, who is also an IPS officer. This email was dated January 26, 2014, nine days after the Sunanda’s murder. Why should such an email be written to the AIIMS doctors when the post-mortem was going on? Why send a fake Lupus disease certificate provided by a child specialist in Dubai to AIIMS doctors? This shows that Shashi Tharoor clearly tried to influence the post mortem to show that his wife’s death was natural.

The third document is the DP forwarding of FBI Report to AIIMS Medical Board on December 9, 2015.

The fourth document is AIIMS Medical Board’s analysis of FBI Report to Delhi Police on Jan 12, 2016. This report exposes all frauds of Delhi Police and Shashi Tharoor. Page 8 of this document exposes Tharoor’s emails on fake Lupus theory created though a dubious certificate issued by a Child Specialist working in Dubai.

After doing all these activities, Shashi Tharoor wants to muzzle the media. Laughable! The facts of the case are clear. It is time for the Delhi Police to act on this cold blooded murder. For the interest of justice we are publishing all the above mentioned four documents.

Delhi Police Reply to AIIMS With Documents and Statements of Sunanda Murder Case Oct 1, 2014 by PGurus on Scribd

AIIMS Medical Board's Analysis of FBI Report to Delhi Police on Jan 12, 2016 by PGurus on Scribd 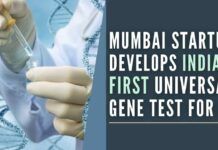