[dropcap color=”#008040″ boxed=”yes” boxed_radius=”8px” class=”” id=””]A[/dropcap] major Pakistan-sponsored spy ring active in different of India has been dismantled with the arrest of five persons — two in Jammu and three in Kolkata – in separate operations. The arrest came days after the Uttar Pradesh police nabbed a Pakistani national and ‘ISI agent’ from Meerut on Friday.
The existence of such a widespread spy-network has come as a shock to the intelligence agencies. It showed that even though Pakistan was talking about resumption of the dialogue process, yet it was quietly trying to create trouble within India.
The documents received from the Pakistan agents have shown that the neighboring country was trying to gain information about the nature and the extent of the vigil on the forward positions along the Line of Control and International Border to facilitate infiltration from across the border with the aim of executing terror strikes in different parts of the country.
[dropcap color=”#008040″ boxed=”yes” boxed_radius=”8px” class=”” id=””]I[/dropcap]n the first operation on November 26, the Crime Branch of Delhi Police arrested a Border Security Force head constable for supplying crucial documents related to national security to an agent of the Pakistan’s notorious Inter service Intelligence (ISI). The police also nabbed the ISI agent and carried out searches to nab their associates. A Crime bench team led by assistant commissioner of police KPS Malhotra conducted the raids and nabbed the two from Jammu railway station. The BSF constable and his ISI handlers are relatives.
The ISI agent has been identified as Kafaitullah Khan alias Master Raja (44), a resident of Rajouri district in Jammu and Kashmir. He was supplied the sensitive documents by his relative BSF head constable Abdul Rasheed, posted at the intelligence wing of Border Security Force in Rajouri itself.
The crackdown came reportedly on the basis of information provided by the Pakistani national Mohammad Kalaam who was arrested two days ago from Meerut. He stayed in a rented house in Shahbad area in Bareli and was on a visit to Meerut. The police recovered from him sensitive information related to army cantonments located in Meerut, Bareli, Mathura and Uttaranchal.
He is also believed to have passed on to his ‘handlers’ information about field movement of troops, weapon systems installed at cantonments, and locations of underground hangars in west UP.
Sources said that crackdown took place based on a tip-off provided by Kalaam and intelligence gathered by the Crime Branch and other agencies.
[dropcap color=”#008040″ boxed=”yes” boxed_radius=”8px” class=”” id=””]T[/dropcap]he police said that Khan was arrested from a Bhopal-bound train from the Jammu railway station. Khan, who worked as a library assistant in a senior secondary school at Majankote area in Rajouri district, visited Pakistan two years ago and came into contact with an ISI agent there. In exchange for money, he passed on sensitive information through WhatsApp and Viber.
Khan is a handler of Pakistani intelligence operatives, and Rasheed was one of his chief sources. They were running an espionage racket which was supported by Pakistan’s ISI,” said Joint Commissioner of Police (Crime Branch) Ravindra Yadav.
“Both were arrested under various provisions of the Indian Penal Code (IPC) and the Official Secrets Act”, he said.
[dropcap color=”#008040″ boxed=”yes” boxed_radius=”8px” class=”” id=””]M[/dropcap]eanwhile, in Kolkata, the Special Task Force of Kolkata Police on Sunday arrested three persons for carrying out espionage activities for Pakistan. This arrest also followed information provided by the Pakistan national who was on Friday arrested from Meerut.
Among those arrested, Asfaq Ansari, a B.A. Third Year political science student, is General Secretary of Trinamool Congress-run students’ union of Harimohan Ghosh College at Garden Reach in southern Kolkata. The police also arrested his father Mohammed Ershad Ansari and his maternal uncle Jehangir Ershad.
Sources said Ershad’s elder brother had developed nexus with the ISI when he went to Pakistan in 2002 as a leather worker. He roped in his family members into the nefarious anti-national activities and they were involved in supplying photographs of sensitive defence installation and their locations to the ISI. They got into the TMC to gain acceptance and hide their true identities. 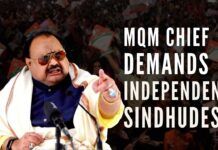