India and Pakistan are set to hold the third bilateral engagement at the top level in less than 10 days with Indian External Affairs Minister Sushma Swaraj reaching Islamabad on Tuesday for a conference on Afghanistan.

Following an impromptu meeting between Prime Ministers Narendra Modi and Nawaz Sharif in Paris on the margins of a global climate change conference on November 30, the national security advisers of the two sides met in Bangkok on December 6 and discussed all major issues, including Kashmir.

Sushma Swaraj is expected to take this process forward during her likely meetings with Prime Minister Sharif and his Adviser on Foreign Affairs Sartaj Aziz on the margins of what is called the 5th Ministerial Conference on Heart of Asia Istanbul Process.

On Tuesday, soon after her arrival here, she attended a dinner hosted by Aziz in honor of the visiting delegates of the Heart of Asia conference.

This is the first ministerial visit from India to its South Asian neighbor since the then external affairs minister S.M. Krishna went to Pakistan in 2012.

But Sushma Swaraj’s visit is likely to include more.

After the Bangkok meeting between India’s Ajit Doval and Naseer Khan Janjua of Pakistan, along with foreign secretaries S. Jaishanker and Aizaz Ahmad Chaudhry, she is also expected to take up a host of other issues.

A joint statement issued by the two sides in Bangkok said: “Discussions covered peace and security, terrorism, Jammu and Kashmir, and other issues including tranquility along the LoC (Line of Control that divides the two counties).”

Sushma Swaraj’s visit has evoked keen interest in diplomatic circles and among stakeholders.

“What seemed impossible just weeks ago has turned into a remarkable, almost unprecedented, round of diplomacy at the very highest levels,” the Dawn newspaper said in an editorial ahead of the Indian minister’s visit.

“The meetings must, first and foremost, be welcomed by every right-thinking Indian and Pakistani. Not talking to each other should be an unacceptable state of affairs when it comes to the two South Asian neighbors.”

The main purpose of the visit though is the conference — The Heart of Asia Istanbul Process — that was established in 2011 at the initiative of Afghanistan and Turkey.

The Fifth Ministerial Conference is expected to adopt a forward looking Islamabad Declaration entitled “Enhanced Cooperation for Countering Security Threats and Promoting Connectivity in the Heart of Asia Region”. 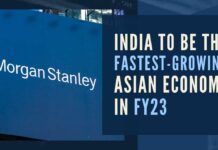