The text of the Presidential address is quite long and has so many facts and figures. It simply cannot be expected to be written by anyone except the Prime Minister’s Office.

The question arises because, in his customary Presidential Address the other day, Mr.Kovind listed the aims and achievements of “my government.”

The Opposition in the Parliament may have strong points of differentiation with the stated contents of the Address. So what? Nothing happens; things go on unchanged.

Am I quibbling over nothing? Or am I being ignorant?

Neither. People who are compulsive constitutionalists will jump to pounce on the above layman’s argument. They will retort point to Article 53(1) of the Constitution which says “The executive of the Union shall be vested in the President and shall be executed by him directly or through officers subordinate to him in accordance with the Constitution.” Yes, it is known that all executive power is vested in the President of India. The Council of Ministers headed by the Prime Minister aids and advises the President who exercises his powers in accordance with such advice.

Hence the belief among some that it is ok to say that the Modi government, is his (The President’s) government.

By the way, the text of the Presidential address is quite long and has so many facts and figures. It simply cannot be expected to be written by anyone except the Prime Minister’s Office. If at all, it may be vetted and polished a little by the President. As an example, the highlights of the President’s Address of 2019 are available here

Another issue is the importance given to the President’s Address. The TV Channels show it in full — from the President descending ever so slowly from the steps of Rashtrapati Bhavan to his Mercedes car along with his cavalier force parading a big batch of handsome horses. This time around, the entire event took one hour and a little more, including the President’s reading “his” address to all our Members of Parliament sitting ever so solemnly in the Central House of Parliament. The other sounds in that one hour were the bugling of the Cavaliers, the rhythm of the horses’ hooves, the occasional table thumping by members, and the summary of the address read out by our Vice-President in his stentorian voice. There was, of course, the playing of our national anthem that always leads to a swell in the throat of the audience.

To my way of thinking, the above glorification smacks of British royalty. Wikipedia cites B. R. Ambedkar, the architect of our Constitution on this issue.  “Under the draft constitution, the President occupies the same position as the King under the English Constitution. He is the head of the state but not of the Executive. He represents the Nation but does not rule the Nation. He is the symbol of the Nation. His place in the administration is that of a ceremonial device on a seal by which the nation’s decisions are made known.”

Will tell you more about the royal treatment gets such as a monthly salary of Rs. 5 lakhs, an Indian airline and a helicopter run by the Indian Air Force, three retreat holiday centres, a humongous annual budget for upkeep. Reading it makes one feel sad that, in a socialist republic, we have a Royal head of state lives hidden away from the parents who have lost hundreds of children because of Encephalitis, and, oh, so many such tragic events.

All that is done after the President’s Address is a motion of thanks to him. The Opposition in the Parliament may have strong points of differentiation with the stated contents of the Address. So what? Nothing happens; things go on unchanged. The Address is perhaps filed — for historians and researchers.

Should we not then do something about that truth? Can we at all do nothing about it? At least think about it please… 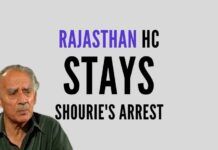 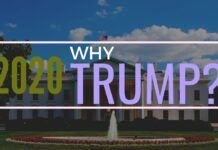 Yogi Adityanath tops the performance approval ratings in the ABP-CVoter 2021...