Home Business Energy The three-decade wait for HP dam is over over; will generate power...
Facebook
Twitter
Telegram
WhatsApp

The Center has decided to include the Renukaji dam project under the Pradhan Mantri Krishi Sinchayee Yojana (PMKSY) and the project is being looked upon as a storage project on the Giri river (a tributary of the Yamuna) in the Sirmaur district of Himachal Pradesh. The dam envisages the construction of a 148-meter high rockfill dam across the Giri river in the upper Yamuna basin with live storage of 498 million cubic meters (MCM).

The dam is set to quench the thirst of not only HP but will supply 23 cumecs of water to Delhi and other basin states. It will also generate 40 MW of power for Himachal Pradesh.

The project has faced numerous legal battles and roadblocks owing to financial and environmental concerns for nearly three decades. The Union government last week decided to execute it during 2021-26 by outlining a budget of 90 percent out of the estimated cost of over Rs.7,000 crore.

The project, with storage of 0.404 million acre-feet (MAF) and the total submergence of 1,508 hectares, comprising 909 hectares of forest area, has hit several roadblocks repeatedly since an initial agreement was signed on May 12, 1994.

Besides Himachal Pradesh and Delhi, the beneficiary basin states are Haryana, Uttar Pradesh, Uttarakhand and Rajasthan have already signed a memorandum of understanding to construct the dam to provide water to them.

Chief Minister of Himachal Pradesh, Jai Ram Thakur said, “The detailed project report for Rs.4,596.76 crore was accepted in 2015, but as there was no agreement among the beneficiary states the project could not be taken forward. Later, the revised cost estimate of Rs.6,946.99 crore (price level of October 2018) was accepted by the central government on December 9, 2019.”

Thakur added, “With the construction of the dam the flow of Giri river would increase about 110 percent which will meet the drinking water needs of Delhi and other basin states up to some extent in the lean period.”

Officials said that Himachal would get about 200 million units of electricity at the rate of Rs 0.30 per unit. It would earn a net revenue of about Rs.60 crore per annum to the HPPCL and Rs.12 crore to the state government in its first year of operation.

These revenue benefits would further increase over a period of time. The economy of the state in general and Sirmaur, the most backward district, in particular, would benefit immensely.

All technical clearances for the Renukaji dam project, which is planned to store the monsoon flow and release it during the non-monsoon lean season in the river downstream, have been obtained. 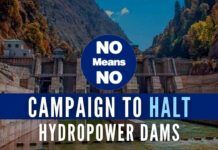 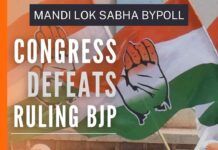