The Yogi Adityanath government has filed an affidavit in the Allahabad High Court. The Yogi government has strongly defended the anti-conversion law.

It stated that “Marriage is being used as an instrument to convert an individual’s religion against his/ her will, the Uttar Pradesh Prohibition of Unlawful Conversion of Religion Act, 2021 seeks to remedy the malady.”

Following the direction of the high court, the affidavit of the state government was filed in response to the bunch of public interest litigations (PILs) challenging the said Act.

The government stressed that the community interest will always prevail over the individual interest and the law in the challenge, seeks to protect the public interest and maintain public order, and safeguards the interest of the community.

The affidavit says, “When there is fear psychosis in the community at large and the community itself is endangered and succumbs to the pressure resulting in forceful conversion, it becomes necessary that the interest of the community as a whole requires protection and no microanalysis of individual interest can be looked into.”

It has also been asserted in the affidavit that the law is identical in nature to legislations that already exist in at least eight states of the country.

The affidavit mentions that there is ample data in public record which shows that forcible conversions have created fear across the entire state, which in turn has warranted the need for such legislation.

Referring to the cases of a Hindu woman or a man wishing to marry a Muslim man or woman, the affidavit said: “Even though a Hindu woman wishes not to give up her faith, she will have to give up her faith in order to enter into a valid marriage and accept Islam as her faith. This will amount to forceful conversion. The position remains the same if a Hindu boy wants to marry a Muslim girl. Hindu boy will have to accept Islam.”

Calling this exercise a loss of dignity, the affidavit claimed that the conversion in such cases is not exercised as a choice but on account of compulsion due to personal law intervening.

It further submitted that the Act just gives the relatives the power to file an FIR in cases of forceful conversion and that the Act goes on to ensure that every individual is granted an equal moral membership in the society.

The government also stated that the petitioners are motivated by social media propagandas of ‘ghar wapsi‘ and have not focused on legal issues. Therefore, they are misusing the process of law by filing the instant PIL and using the same as a tool for publicity.

What does the Anti-Conversion law state?

Under the new anti-conversion law, passed on November 28, interfaith couples must now give two months’ notice to a district official before getting married, as per a report by The Conversation. Currently, under the Special Marriages Act, 1954, that governs interfaith marriages in India, couples must give a notice of 30 days.

The law includes a jail term of up to ten years if convicted of using marriage to force a spouse to change their faith. Parents, siblings, and “any relatives” by marriage and adoption can complain against a conversion. Such marriages can also be nullified.

The burden of proof lies on the persons converting, or those counselling the persons to convert, to prove the conversion isn’t forced.

The ordinance mainly envisages that no person shall convert, either directly or indirectly from one religion to another by use or practice of misrepresentation, force, undue influence, coercion, allurement or by any fraudulent means or by marriage nor shall any person abet, convince or conspire such conversion. 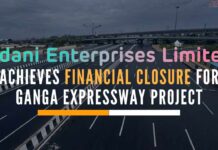 CM Yogi’s stern warning to ministers; asks not to indulge in mediating in contracts and other works