Finally, India gave a tit-for-tat response to the United Kingdom  (UK) on putting vaccinated Indian travelers in quarantine. India on Friday decided to put the UK nationals coming to India through a mandatory 10-day quarantine even if they are vaccinated. The new rule will come into force from October 4. India was provoked after the UK did not change its rule of asking all Indians entering Britain to be quarantined even if they had taken the two doses of vaccine.

“Our new regulations will come into effect from October 4, and will be applicable to all UK nationals arriving from the UK,” said Indian officials. The directive also said from October 4, all UK nationals arriving in India from the UK, irrespective of their vaccination status, will have to undertake the following measures. They include pre-departure COVID-19 RT-PRC test within 72 hours before travel, COVID-19 RT-PCR test on arrival at the airport, COVID-19 RT-PCR test on Day eight after arrival, and mandatory quarantine at home or in the destination address for 10 days after arrival in India.

Following an uproar in India, UK changed its rule and included Covishield but did not remove India from the list of countries facing new restrictions.

The order also said authorities in the Health and Civil Aviation Ministries will be taking steps to implement new measures. When Britain announced the new rules about ten days back, Foreign Secretary Harsh Shringla had termed them as ‘discriminatory’ and cautioned that India had the right to take ‘reciprocal’ action. External Affairs Minister S Jaishankar had taken up this issue with his British counterpart Elizabeth Truss in New York on the sidelines of the UN General Assembly session last week.

Under travel rules unveiled last month, fully dosed arrivals from nations such as the US, Israel, and Australia will be allowed to enter England without quarantine. However, vaccinated people from many other countries including India still face tougher restrictions, including a 10-day home isolation period. Following an uproar in India, UK changed its rule and included Covishield but did not remove India from the list of countries facing new restrictions. Many Indian leaders accused the UK’s travel policy of smacks of sheer racism.

Amid controversy over Britain’s new rules to quarantine travelers from India who are vaccinated with two doses of Covishield because of vaccination “certification issues“, United Kingdom high commissioner to India Alex Ellis and National Health Authority chairman R S Sharma last week discussed vaccine certification for Indian travelers. Ellis had said after the discussions that India and the UK held an “excellent” technical discussion on the issue of vaccine certification and neither side raised technical concerns with each other’s certification process. The discussions came a day after the UK government added India’s Covishield to its list of approved COVID-19 vaccines.

The UK government had earlier said COVID-19 vaccine certification from all countries must meet a “minimum criteria” and that it is working with India on a “phased approach” to its international travel norms. Referring to new British travel rules, Ellis had said there was no problem with the Covishield vaccine and that the main issue is COVID-19 vaccine certification done through the CoWIN app.

Dr. R S Sharma, CEO of India’s National Health Authority said certification after Coronavirus vaccinations in India is a centralized national system managed through the CoWIN app and portal and there are “no issues” with the platform. 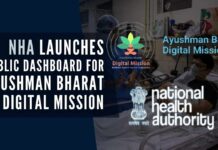 Covaxin to be evaluated as Covid vaccine candidate in the US: Bharat Biotech 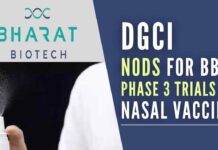