Clarification – I had said NSEL had a loss of Rs.5600 crores – this is incorrect. NSEL is a trading platform and the losses occurred because of mis-selling by brokers. Defaulters agreed to pay the amount back on Aug 4, 2013, and then reneged. This is explained in detail here.

On December 4, 2017, , the Mumbai High Court approved the merger of two publicly held companies for the simple reason that the promoter was the same. This has wide implications for Corporate India. Prof R Vaidyanathan in conversation with Sree Iyer. The video takes an in-depth look at the what entails for the Corporate sector in India and how it jeopardizes the investment community worldwide if they read the BHC judgment in forcing the merger of FTIL and NSEL.

PGurus has done a whole series on the saga of NSEL and why this is happening. Titled C-Company, this series traces the deeds of a few loosely formed minions who worked for a politician to further his and their individual goals. Many are still working either in the Corporate sector or the Government and no action has been taken on them… yet. 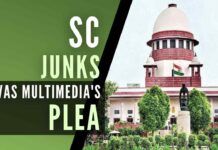 ICICI Kochhar scam – RBI can probe Kochhar under Prevention of...