There is a big extortion racket working in tandem with certain unscrupulous journalists in collusion with some top officials in the Central Board of Direct Taxes (CBDT). Some journalists running websites got hold of a VVIP purchase list of jewellery and diamonds from the fugitive Nirav Modi. This long list of VVIPs including film stars, industrialists, politicians and their spouses shows how much is the exact amount of purchase and how much is the payment in accounted methods and how much is paid in unaccounted ways. This list was seized by Income Tax Department (IT) in their raids in January 2017 at Nirav Modi’s showrooms across the country. A year after the Nirav Modi scam rocked the country, many uncouth officers in the IT and blackmailing journalists have started an extortion business by sending questionnaires to these VVIPs whose names figured in the high-value customer list.

We show below a seven-page list of high-value purchases by VVIPs from Nirav Modi’s showrooms from 2010 to 2016. This list includes big industrialists, their wives, mothers, many actresses, actors etc.

PGurus learned this extortion business from a famous artist who told us that she was facing such blackmailing from a website owner and a TV journalist, who is famous for extortions.  The website owner was also an Editor in a TV channel. According to this actress, she had already paid Rs.5  lakhs each to these two journalists and lost cool after more journalists approached her to blackmail on buying diamonds from Nirav Modi with unaccounted cash. As per the request of the actress, we are withholding her name and those of the blackmailing journalists.

This is an uncouth activity and in India due to an unfriendly tax regime, the vast majority prefer to buy gold and diamonds using at least some portion in unaccounted cash. This a common phenomenon especially during the wedding season. Though this is a tax violation, the blackmailing by journalists in connivance with senior Income Tax officials is unpardonable. This is a heinous crime.

We show below a seven-page list of high-value purchases by VVIPs from Nirav Modi’s showrooms from 2010 to 2016. This list includes big industrialists, their wives, mothers, many actresses, actors etc. We have learned that many people on this list are facing extortion from uncouth journalists in Delhi, who got this list from the top brass at CBDT and Finance Ministry headquarters in North Block.  We are publishing the entire list at the end of the article to stop this extortion business by uncouth journalists. Purchasing Gold and Diamonds in unaccounted cash is a normal Indian psyche and not a big crime. Blackmailing on this is a bigger crime.

The interesting thing in this list is that it shows the names of some of the who’s who of India. India’s biggest media Hindustan Times’ newspaper’s owner Shobhana Bhartia figures in this list. The list shows that she is the biggest purchaser of diamonds and gold ornaments from Nirav Modi’s showroom during the period 2010 to 2016. She had made high volume purchases as many as seven times and paid crores of rupees in cash in unaccounted methods. A quick read shows that in most of her purchases, she preferred to pay 40 percent accounted and the rest in unaccounted ways.

Did any of the blackmailers have the courage to question her in this regard? Clearly not. They just blackmail using this list on sensitive actors and medium industrialists, politicians etc. One of India’s biggest industrialist’s mother and sister also figure in this list. Will they squeeze them? Obviously not! This whole messy extortion business must stop NOW.

The seven-page list of high-value purchasers from Nira Modi during 2010-2016 using unaccounted money is published below: 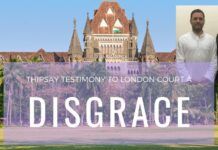 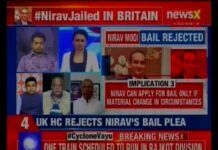 23 Sculptures found in the offices of Nirav Modi – how much are they worth?

Congress asserts that Young Indian deals are above board