Parts 1 to 3 of this series can be accessed here. This is Part 4.

As Chairman of the Forward Markets Commission (FMC) Ramesh Abhishek (RA) had acted diabolically and as it is turning out now, illegally, to pin the entire blame on the National Spot Exchange Limited (NSEL) and its promoter Jignesh Shah[1]. The FMC ruled NSEL as not fit and proper in 2013 and this caused a domino effect resulting in Jignesh Shah losing all his companies one by one as he was forced to liquidate them for paisa on the rupee[2]. A look at who bought these at distressed prices under benami names will reveal interesting names. That is for the investigating agencies to find out. Onwards to the wedding of his daughter in January 2014.

Who attended the wedding?

The wedding was performed in Jaipur in January 2014. A lot of the commodity brokers and dubious businessmen were invited along with the power brokers of Delhi. Three hotels were completely booked for this wedding – that was the extent of the crowd that had gathered. Here are a few luminaries who were photographed at the wedding from Social Media. It is customary to invite close friends to one’s daughter’s wedding. These photographs should be viewed from that point of view.


Ashish Deora along with Jog Singh, a (retired) judge at SEBI Appellate Tribunal (SAT) who Ashish is accused of bribing were there at RA’s daughter’s wedding. As mentioned in an earlier episode the Whistleblower (WB) has alleged that Deora sends money regularly to Swapna Abhishek, the wife of RA and has funded several foreign trips of the family[3].

Another notable invitee to the wedding was Narendra Murkumbi, formerly of National Commodities and Derivatives Exchange (NCDEX) which used to be beaten hollow by Jignesh Shah-owned Multi Commodities Exchange (MCX)[4]. Their rivalry was legendary – MCX made its name trading around 40 commodities which included bullions, precious metals, plantations and more, NCDEX (which was part of the National Stock Exchange (NSE) group) offered up to 34 commodities of which 23 were agriculture based[5]. At its peak, MCX commanded 85% of the derivatives market while NCDEX was a distant second. So what did the evil genius Mr. Palaniappan Chidambaram do to “help” NCDEX?

He levied the Commodities Transaction Tax (CTT), despite numerous appeals from the entire commodity futures sector, in the Union Budget announced on February 28, 2013. As a precursor to it, a lobby was created that made numerous arguments for the imposition of CTT on commodities. The several appeals put forward by the commodity professionals that CTT will reduce the scope of hedging were not considered.

With the CTT being levied on Gold, Base Metals, Crude Oil and Processed farm items in which the Multi Commodity Exchange of India (MCX) has the leadership, the tax affected its trading volumes drastically. National Commodity & Derivatives Exchange (NCDEX) was not that affected due to its relatively smaller market share in the segments in which CTT was introduced[6].

Murkumbi, who founded Sree Renuka Sugars, quit as the Executive Vice Chairman and Managing Director following the Reserve Bank of India’s stern interpretation of Renuka Sugars’ loan as a Non-Performing Asset by its lenders[7].

And there were many more…

Just two instances of people connected with markets who were invited to RA’s daughter’s wedding. I am not inferring anything – that is for the investigative agencies to find out.

[5] What are MCX and NCDEX – Sharetipsinfo.com 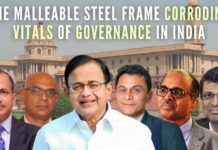