This is a sequel to my last article, “How Rajini Can Still Make A Huge Difference” [1].

Rajini believes the whole system has to be changed

When Rajini planned to enter electoral politics, he had said that the whole system has to be changed. In line with Rajini’s belief, I’m also making this article centered around a system he can create.

I had explained in my last article that it may not be possible to bring about many of the systemic transformational changes from within the government. Even Narendra Modi, an experienced politician, is struggling to get things done. Certain systemic changes can be best done from outside electoral politics, especially through a large non-government system of grassroots level volunteers spread across the state.

At least beginning can be made by Rajini. A system can be created which can seek to accomplish all these lofty goals, not necessarily all within Rajini’s lifetime, but on-going through the system.

No one is better placed to create such a system in Tamilnadu than Rajini since he’s the leader with lakhs of personally committed supporters (even after accounting for those who may have been disappointed due to his not starting a political party). It will take ages and huge amounts of money for any competent but not popular person to create such an organization, if at all.

In this follow-up article, I outline the phenomenal opportunity space that lies ahead for Rajini, much bigger and better than even starting his own political party, yet taking fully into account his health constraints.

I had mentioned, he can start a nation-building movement at the state level, much like what Dr. Abdul Kalam had alluded to, roping in competent experts with transformative goals and ideas from different realms to head an array of connected organizations at the grassroots levels, supported by the system.

What specifically Rajini followers expect from him are to find ways to minimize corruption and leakages, create jobs, increase the average incomes of all cross-sections of the people without discrimination, especially farmers and rural landless labour, make available enough power, water and sanitation facilities with minimum impact on the environment, make school and higher (engineering, medical, etc) education and healthcare available to all, affordably, make living safer and easier not only in urban areas but also in rural areas, etc.

Though Rajini may not have started a political party, some of the members can go on to become politicians in other political parties, based on their personal preferences.

And all this, after a pandemic year, are really very tall order.

We tend to believe that all these are possible only if one were in power in the state. We ignore two facts:

At least a beginning can be made by Rajini. A system can be created which can seek to accomplish all these lofty goals, not necessarily all within Rajini’s lifetime, but on-going through the system. In any case, such a mammoth task is not a one time job but has to be on-going.

The first thing Rajini should do is capacity building of his fans, followers, and supporters who are willing to be part of his system; let’s call them members, for short. Depending on the level of education, profession, and experience of the members, training can be suitably developed and offered. Most of the training may have to be delivered face-to-face, in the talukas of the members, with expert trainers brought from outside. This training may have to be on-going too, not just one time.

Had Rajini become the CM, given that he didn’t want his loyalists to derive any pecuniary benefits, it’s most likely that many of them would have been disappointed about what they got out of elevating Rajini to be CM. In any case, it would not have been possible for lakhs of members to personally benefit from Rajini’s power.

Whereas in the proposed system, apart from his fans assisting Rajini set right the existing system, the training given to the members could help each and every one of them grow well personally, in their own lives too. So, there will be something in it for them and their families.

This training program itself can be the base to groom the members into good, honest and responsible leaders in agriculture, trade, services, politics, micro-entrepreneurship, dispute resolution, spirituality, and every other realm in which they are engaged, or are interested in being engaged.

Though Rajini may not have started a political party, some of the members can go on to become politicians in other political parties, based on their personal preferences. Thus, he would be grooming competent, honest, and responsible politicians across parties. The system being set up can be political-party-neutral. Thus those with political ambitions could benefit too.

These training programs can be focused on leadership development including personality and attitudinal development, involving communication skills, interpersonal skills, team skills, social skills, mental skills, etc. apart from higher-level functional skills for those with such background/ interests like public policy, public finance, functional computer skills, entrepreneurship, running cooperatives, services delivery, etc. I’m not referring to just teaching the basics of these subjects, but primarily training them in the appropriate skills.

The way the world is evolving, lots of old jobs will be disappearing and lots more new generation jobs will emerge. So, many of these members would face an existential crisis in their lives and career, but for such training. This training can be the foundation to prepare the members for new generation jobs and responsibilities, especially in the services sector, including entrepreneurship, apart from their contribution to the system.

In agriculture, there are lots of good practices developed by local experience and expertise, but they never get propagated to those in other districts and talukas. A common repository of the best practices, not only in the state but even across India and the world, can be created by this system and these can be shared through the members of this system across the state. This will help increase rural productivity tremendously.

We will see more on how such a system can be funded and some other important issues in the follow-up article. 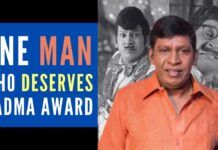 Chidambaram’s NSE ghotala in the language of Aam Aadmi