Who is Shivani Saxena, arrested by Enforcement Directorate on July 17 in connection with handling the AgustaWestland (AW) VVIP Helicopter scam? Indian media till date have not reported the background of this businesswoman based in Dubai who is involved in the controversial VVIP Chopper scam involving Congress President Sonia Gandhi. Perhaps MSM is still digesting the $6M bounty it got from AW!

Rajiv Saxena is in his 60s and is a known intermediary in Dubai for many Indian politicians.

According to the Enforcement Directorate (ED), of around $70 million (58 million Euros) of kickbacks in the deal, $28 million were routed through the Dubai based company owned by Shivani Saxena and her husband Rajiv Shamsher Bahadur Saxena alias Rajiv Saxena. Rajiv Saxena has been in Dubai from the early 90s and is running Consultancy and Chartered Accountant firm successfully in Dubai. He is linked to many Indian politicians and Indian Premier League (IPL) Cricket related politicians. The Husband and wife live in the posh Palm Jumeirah in Dubai and have several business links with the kingpin of the VVIP Copter scam and fugitive Christian Michel, who is very close with Sonia Gandhi’s family.

Shivani Saxena started her career in Delhi in the early 90s as a journalist and then as a Public Relations Agent. She is in her early 50s now and used to stay in Delhi’s Defence Colony. Later, in the early-to-mid 2000s, she got in touch with Dubai based Chartered Accountant Rajiv Saxena and become his second wife. Rajiv Saxena is in his 60s and is a known intermediary in Dubai for many Indian politicians. Many powerful politicians from Congress party enjoyed the hospitality of the Saxenas in Dubai. Many an IPL related monetary activity was handled by them. It is a known fact that several senior Journalists and Advocates from Delhi also enjoyed the hospitality of this couple in Dubai.

ED’s investigation found that fugitive Christian Michel had diverted $28 million through Saxena family’s firms  M/s UHY Saxena, Dubai & M/s Matrix Holdings. This $28 million kickback was believed to be the bribe for Indian officials working in the Defence Ministry and Air Force. Rest of the kick back – $42 million, was directly handled by Christian Michel to distribute to political leadership in India during the Congress regime for purchasing VVIP Helicopters from the Italian company AgustaWestland. Team PGurus has documented the details of how the bribe money was arrived at in this May 12, 2016 article.

Shivani Saxena was caught by the ED, a move that deserves to be appreciated. She never imagined that the ED was on the lookout for her in Chennai! Is Shivani Saxena, an entry point to fugitive Christian Michel and Sonia Gandhi? The Italian Appellate Court’s Judgment has already detailed the role of Sonia Gandhi and her Political Secretary Ahmed Patel in the controversial VVIP Helicopter purchase scam. When are the  Indian agencies going to fix the high and mighty in this scam? 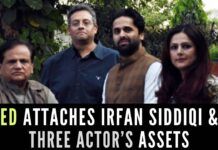 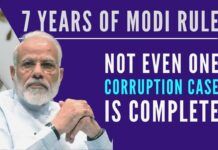 Very explosive affidavit in Supreme Court on CBI saga – Is...