This write-up explains BJP government’s blunders/mistakes and explains what it must do in its remaining tenure to win back its alienated supporters and to have a splendid victory in 2019.

It appears that BJP uses nationalism as a tool to get power. But after getting power, it forgets its core nationalist promises through which it gets power.

Fed-up with Congress-led UPA government’s anti-Hindu, pseudo-secular, divisive and minority-appeasement policies from 2004 to 2014; and impressed by BJP’s nationalist agenda, countless nationalists toiled to give BJP a massive mandate of 282 seats and an absolute majority in Lok Sabha in 2014.

To escape discrimination, some Hindu sects proclaim that they are not Hindu.

But after getting power, BJP has forgotten its core promises for which it was known and respected. BJP has done nothing to fulfil its perpetual promises regarding “justice to all and appeasement of none”, Uniform Civil Code, abolition of Article 370, rehabilitation of Kashmiri Hindus in Kashmir, same rights and same laws for all Indian citizens irrespective of their religion etc. etc. These basic pillars gave BJP its distinct identity and enthused its supporters.

After winning elections on the slogan of Congress-free India, BJP government has wasted over four years in continuing and expanding the Congress-led governments’ anti-Hindu, discriminatory, pseudo-secular and minority-appeasing laws and policies which are destroying Hindu civilization.

BJP has not repealed or amended any anti-Hindu law or policy to stop blatant discrimination against Hindus and to treat Hindus at par with other communities.

BJP has forgotten who had voted for it and why. Discrimination against any community can never be legitimized or justified.

As the BJP disowned its core election promises, many of its core supporters disowned BJP.

And this made BJP lose Assembly elections of 2018 in Hindi heartland of Chhattisgarh, Madhya Pradesh and Rajasthan.

This write-up explains BJP government’s blunders/mistakes and explains what it must do in its remaining tenure to win back its alienated supporters and to have a splendid victory in 2019.

BJP government’s blunders i.e. mistakes of omission and commission which have disappointed and alienated many of its core supporters are as follows:

Though secularism means equality before law and non-discrimination on grounds of religion, Hindu religious and educational institutions and Hindu temples are subjected to government’s interference whereas minorities enjoy full freedom in this regard.

To escape discrimination, some Hindu sects proclaim that they are not Hindu. While earlier, Ramakrishna Mission had claimed itself to be a non-Hindu minority, now some Lingayats in Karnataka want non-Hindu status.

Dr Satya Pal Singh, a BJP member of Lok Sabha, introduced Bill Number 226 in 2016 seeking amendment of Articles 15, and Articles 25 to 30 (of Indian Constitution) to extend the religious, educational and cultural rights stipulated therein to every community, whether majority or minority. This Bill was meant to treat Hindus at par with other communities without depriving minorities of their rights.

BJP’s inaction to get this Bill passed is bewildering. This Bill would lapse if it is not passed in the present Lok Sabha.

Instead of helping all Indian citizens irrespective of their religion, the government is providing various scholarships, free-ships, special schemes, financial and educational incentives to minorities. And Hindus are deprived of these benefits only because of their religion.

BJP government is allocating thousands of crores of rupees for these schemes for minorities every year.

Amendment of Atrocities Act will perpetuate caste divisions by pitting different sections of society against each other.

Implementation of Uniform Civil Code has been BJP’s perpetual election promise. Besides, even Supreme Court has suggested its enactment in a number of its judgements. And Article 44 of Indian Constitution stipulates that “The State shall endeavour to secure for the citizens a uniform civil code throughout the territory of India”.

Still, BJP government has done nothing in this regard.

v. Article 370 and coalition with PDP

BJP’s Election Manifesto had promised abrogation of Article 370 and return of Kashmiri Hindus “to the land of their ancestors with full dignity”. However, the BJP government has taken no action in this regard.

And by compromising its stand on Article 370 for which Dr Shyama Prasad Mukherji sacrificed his life, BJP formed a coalition government with the People’s Democratic Party in Jammu and Kashmir in March 2015. This coalition continued till June 2018.

Surprisingly, BJP government has been seeking an adjournment of hearing for filing its reply on petitions for repeal of Article 35A (an off-shoot of Article 370) filed in 2014 by “We the Citizens”, and by others before the Supreme Court.

Congress government had enacted the “Scheduled Castes and the Scheduled Tribes (Prevention of Atrocities) Act, 1989,” commonly known as ‘Atrocities Act’.

Supreme Court’s judgement dated March 20, 2018, passed in the case of Dr Subhash Kashinath Mahajan versus The State of Maharashtra provided for a preliminary enquiry, anticipatory bail and prior approval of appropriate authority before arresting an accused under the ‘Atrocities Act’.

Due to protests from some sections against this judgement, government amended the Atrocities Act to remove the provisions of a preliminary enquiry, anticipatory bail and prior approval before arresting an accused.

Amendment of Atrocities Act will perpetuate caste divisions by pitting different sections of society against each other. Moreover, it will encourage caste-based politics in the country.

Since the Supreme Court’s judgement duly safeguarded the basic purpose of protecting vulnerable sections of society, many of BJP’s supporters are unhappy with amendment of the Atrocities Act.

To assuage aggrieved sections, BJP government has given ten percent reservation in jobs and educational institutions to the economically backward section in ‘General’ category. But instead of having a holistic appraisal of the system of reservation, this expansion of reservation would open the floodgates of further problems in reservation politics in future.

Moreover, one must remember the crushing defeat of Rajiv-Gandhi-led Congress Party in 1989 after his Government passed the Muslim Women (Protection of Rights on Divorce) Act, 1986 to overturn the Supreme Court’s judgement in Shah Bano’s case following Muslims’ protests.

Actions speak louder than the words. And empty slogans and rhetoric mean nothing.

BJP must ensure that Dr Satya Pal Singh’s above-mentioned Bill Number 226 of 2016 is passed by the present Lok Sabha at the earliest and that it does not lapse.

To ensure that BJP wins Lok Sabha Elections in 2019, and it does not meet the fate of its ‘India Shining’ campaign of 2004, it must act fast and win back its alienated supporters. BJP can win back its supporters even now if it stops its pseudo-secular march and takes immediate action at least in the following two areas:

BJP must ensure that Dr Satya Pal Singh’s above-mentioned Bill Number 226 of 2016 is passed by the present Lok Sabha at the earliest and that it does not lapse.

No one can object to this Bill since it does not take away any right from minorities. This Bill only ensures that all communities, whether majority or minority, are treated equally before the law and enjoy the same religious, educational and cultural rights.

2. Help all irrespective of religion

As an opposition party, BJP had criticized the Congress government’s action in constituting the Sachar Committee and Ministry of Minority Affairs in 2006 as communal, divisive and “appeasement” of minorities.

It requires just a Cabinet decision (and it does not require any legislation) to abolish the Ministry of Minority Affairs and its divisive policies. Accordingly, the BJP government must discontinue the Minority Affairs Ministry; and start helping all Indian citizens irrespective of their religion.

It is in the national interest, and also in its own interest for BJP to take immediate action in the above-mentioned two areas. This action would greatly motivate and enthuse its countless supporters to give BJP a magnificent victory in Parliamentary elections of 2019 as they had given in 2014.

And considering the short time at its disposal, BJP must do the needful at the earliest. And become the instrument of redemption for the nation. 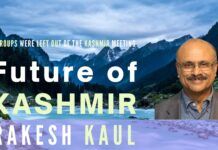 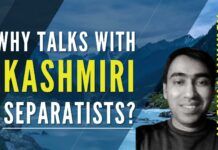