The 2G Court on Monday pulled up the Central Bureau of Investigation (CBI) due to the Centre’s delay in providing Sanction for Prosecution against four Indian Administrative Service (IAS) officers in the Aircel-Maxis case, who are co-accused with former Finance Minister (FM) P Chidambaram and his son Karti. Admonishing the CBI, the 2G Special Court judge Saini directed the agency to provide Sanction for Prosecution by November 26, the next hearing of the case. The Judge asked the CBI, as to why they submitted a charge sheet, while delaying the necessary Sanction for Prosecution against the four accused and cautioned that he may take appropriate steps in the next hearing, if the Sanction from the Central Government is not submitted.

As per the current rules, in Aircel-Maxis case, as the officers then belonged to the Finance Ministry, FM Arun Jaitley has to recommend the CBI’s request for Sanction for Prosecution and then the Department of Personnel (DoPT) under Prime Minister Narendra Modi has to approve it. Otherwise, the charge sheet against the tainted former FM will become stale. Is someone trying to create delays to save Chidambaram?

Who are the co-accused IAS officers?

Who are the four IAS officers co-accused with Chidambaram and son?

According to CBI’s charge sheet, these officers then working in the Finance Ministry were part and parcel of Chidambaram’s dubious and illegal approval given to the Malaysian firm Maxis to take over mobile phone operator Aircel.

“You (CBI) should not have filed the charge sheet. It is only increasing the pendency of the court. A lot of time of the court has been wasted due to this,” Special Judge O P Saini said.

The agency had on July 19 filed a charge sheet against the Congress leader, his son Karti, ten individuals including public servants and six companies as accused in the case[1].

The judge allowed the CBI’s request for grant of sometime after senior advocate Sonia Mathur, representing the agency, informed the judge that sanctions are awaited.

“If the sanctions are not received, appropriate actions will be taken,” the court said.

“Granting of sanctions is under active consideration of the government,” Mathur said.

Due to the delay by the Central Government, CBI is starting to cut a sorry figure before the Court. Why is the delay happening?

It appears as though either the FM Arun Jaitley or the Finance Secretary Hasmukh Adhia has not yet recommended the CBI’s request. The million dollar question is why this delay for the past two months, as CBI applied for it before filing the charge sheet  in 2G Court on July 29.

It is time for Prime Minister Narendra Modi to interfere into this matter, where many crooks are trying to save their buddy tainted and corrupt Chidambaram. 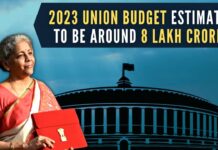 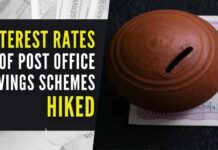 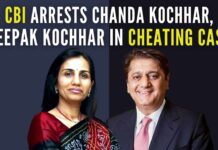