The Palghar Mob lynching case continues to be in the limelight and is hounding everyone’s conscience. To add to the original tragedy where two sadhus along with their driver were lynched to death[1] comes the news that one of the lawyers for the Sadhus, Digvijay Trivedi died in a road accident while on his way to represent the deceased sadhus on behalf of Hindu Samaj.

He was part of a vehicle convoy from Vasai to Dahanu, along with his colleagues. Advocate Arun Upadhyay was in another car in front when this accident took place. At the moment, a case of an accident due to speeding has been registered. Advocate Arun Upadhyay, when contacted was in a state of shock and did not rule out foul play.

The Naxal Communists along with Christian Missionaries are capable of intimidating, threatening with deadly attack on their adversaries. Their past track record indicates brutal gruesome violent attacks to silence opponents. Only a detailed inquiry into the accident can bring out any possible deliberate hit-and-run angle to target the legal team opposing the bail of Murder accused gang of Palghar Mob lynching.

Digvijay Trivedi, a young dynamic lawyer from Bhayander, died in an accident at Mendhwan Pass. The accident took place at around 10 AM in the morning of 13th May 2020 when he was coming to present his side on behalf of the Hindu Samaj of the sadhus who were killed in a mob attack in Dahanu court on 13th May 2020. His traveling companion was also seriously injured. Digvijay Trivedi (MH 04 HM 1704) as per the report, lost control of the car and overturned on the side of the road.

Accused in the murder case up to 141

The number of accused in the Gadchinchle murder case has now risen to 141 with a few more arrests. Many are still hiding in the forest area and combing operation is still on to flush them out. Of these, the number of nine juvenile offenders has now increased by one. A total of 10 people are now in the Juvenile Correctional Institution in Bhiwandi. The six new accused in the murder case were produced before the court today and have been remanded in police custody till May 19.

Palghar case should be investigated by the Central Bureau of Investigation (CBI) with monitoring by a Special Investigation Team.  A Public Interest Litigation (PIL) in the Mumbai High Court is up for hearing shortly. Hopefully, this will happen. The Sadhus and now Digivjay Trivedi deserve this.

Taking into consideration the case, maintaining law & order in Palghar District should be the top priority of the Maharashtra government. Bail for the murder-accused-gang should be denied at any cost and the conspiracy angle theory investigated and exposed. A speedy trial, punishment for murder accused and Justice is a call heard across the section of the society. Shiv Sena stands to lose the most in this saga unless the Chief Minister acts swiftly and fairly.

Note:
1. The views expressed here are those of the author and do not necessarily represent or reflect the views of PGurus.
References:
[1] Palghar murder: Sadhus’ driver’s family demand a CBI probe – Apr 24, 2020, PGurus.com 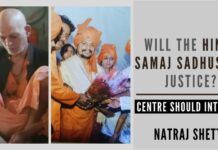 Will the Hindu Samaj Sadhus get justice? Time for Delhi to intervene 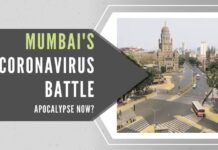 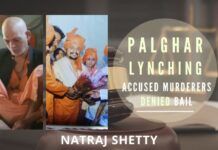 Why did Supreme Court deny to hear the Puri devotee?