Dwarka is believed to have been the first capital of Gujarat. The city’s name means the “gateway to heaven” in Sanskrit, as Dwar means “gate” and ka references “Brahma”. It has also been referred to throughout its history as “Mokshapuri”, “Dwarkamati”, and “Dwarkavati” [1].

In the year 2001,  a Pollution research team led by Dr. S R Rao found an organized rock formation structure of 9sq.km in the area and 20km away from the seashore of Gujarat at a 40 Meters depth and the scanned images of the construction were found underneath the sea water. See the image 1 the submerged Dwarka city. However, the research could not be continued due to the non-availability of funds.

There is a proof of a submerged ancient city off the coast of the present Dwarka, which needs to be further researched. Dr. Swamy has taken up the initiative to write to Prime Minister to restart the research and rebuild the Dwarka City.

Below letter is from Dr Subramanian Swamy to PM Modi requesting him to resume the research in Dwarka. References:
[1] Wikipedia
[2] Dwarka, one of the most investigated Ancient City proves Mahabharata is not a Fancy Tale , Newsgram 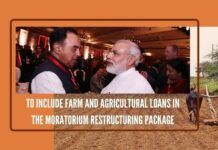 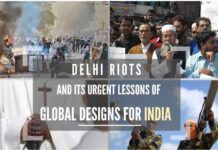 Where are the Pandavas who can provide Hindu leadership?