The latest filing with the US Securities and Exchange Commission (SEC) has revealed that Elon Musk has sold additional Tesla stock worth $3.4 billion towards financing the $44 billion Twitter takeover deal, offloading almost $20 billion in Tesla shares this year.

The tech billionaire earlier said on social media that he had “no further Tesla sales planned” after April 28. For the Twitter deal, Musk pledged to provide $46.5 billion in equity and debt financing, which covered the $44 billion deal and closing costs.

The world’s richest man sold $8.4 billion in Tesla shares in April and another $6.9 billion in August.

Banks, including Morgan Stanley and Bank of America, provided $13 billion in debt financing while Musk’s $33.5 billion equity commitment included his 9.6 percent Twitter stake worth $4 billion. He secured $7.1 billion from equity investors, including Oracle co-founder Larry Ellison and Saudi Prince Alwaleed bin Talal. However, he still needed to raise an additional $2-$3 billion to complete the financing and the latest share sell-off may be in that direction.

Several major advertisers like Volkswagen Group and Danish brewing company Carlsberg Group have paused spending on the micro-blogging platform Twitter after Musk took over. The company has told advertisers that its daily user growth has hit an “all-time high” after Musk’s takeover. Twitter last reported 237.8 million mDAUs and a 16.6 percent annual growth for its second quarter.

Musk said last week that Twitter has seen a massive drop in revenue as activist groups were putting undue pressure on its advertisers.

“Twitter has had a massive drop in revenue, due to activist groups pressuring advertisers, even though nothing has changed with content moderation and we did everything we could to appease the activists,” Musk said in a tweet. 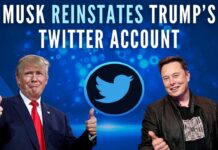 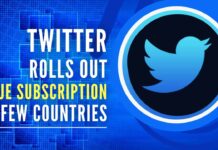