The order came as CBI told court that process of summons issued against Marshal, Krishnan and two foreign companies have not been received and it filed an application submitting that Malaysian authorities have raised certain queries regarding processes issued by this court and the same are required to be replied diplomatically.

The agency further submitted that at least six months time may be granted for ensuring service to the four accused, residing or situated in Malaysia, as authorities in that country are raising certain objections regarding the instant case, which are required to be replied to to their satisfaction through diplomatic channels.

Allowing the plea, the court said: “As the four accused are required to be served through diplomatic channels, six months clear time is allowed for the service of fresh summons.”

The court also directed prosecution to stay in constant touch with the office of Indian High Commission in Malaysia for ensuring service in time.

Former communications minister Dayanidhi Maran and authorised representative of accused firm Chennai-based Sun Direct TV were present in the court during the hearing, while Maran’s brother Kalanithi Maran sought exemption from personal appearance. His counsel told the court that he is not able to attend proceeding due to recent heavy rainfalls and consequent flooding in Chennai.

The court allowed his plea.

The court also listed the bail application of Maran brothers and their application challenging the jurisdiction of the special 2G court to try the Aircel-Maxis deal case in which they have been summoned as accused along with others for the same date.

The agency has alleged that Dayanidhi Maran used his influence to help Krishnan buy Aircel by coercing its owner Sivasankaran to part with his stake.

It was alleged by Sivasankaran that Dayanidhi Maran favoured the Maxis Group in the takeover of his company. In return, he further alleged, the company made investments through Astro Network in a company stated to be owned by the Maran family. 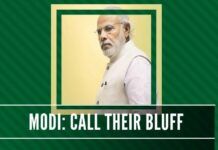