WikiLeaks Founder Julian Assange was on Monday granted permission from the UK’s Supreme Court to appeal against his extradition order to the US. Assange (50) who is for the past 11 years held up in London is wanted in America over the leak of thousands of classified documents related to the wars in Iraq and Afghanistan. His lawyers argued that he should not be taken to the US because of a real and “oppressive” risk of suicide.

Last month, the US authorities won an appeal against a previous court ruling that he could not be extradited due to concerns over his mental health. US authorities later provided assurances that the WikiLeaks founder would not face the severely restrictive conditions that his lawyers said would put his physical and mental health at risk.

The High Court overturned the lower court’s decision in December, noting American “solemn undertakings” were enough to guarantee Assange would be treated humanely. Now, Assange has secured the right to seek an appeal against that ruling in the Supreme Court based on a point of law that is of “general public importance”, which could potentially have a far-reaching impact of setting a fresh precedent in extradition cases, said his lawyers. If he had failed to meet the extremely high bar to be allowed the appeal, Assange’s case would have gone directly to UK Home Secretary Priti Patel for a final decision on extradition, added his lawyers.

Julian Assange’s WikiLeaks in 2011 published a series of US diplomatic cables exposing the US interventions in every country. A young US military officer Bradley Manning leaked all this info to WikiLeaks and he was caught and was punished for more than 50 years. Meanwhile, in prison, Manning converted as female – Chelsa Manning – and obtained a Presidential Pardon from Obama in 2016.

Assange was in London’s Ecuador Embassy for more than eight years and when the regime changed, Ecuador allowed London Police to arrest him for the deportation to the United States. After Monday’s judgment jubilant WikiLeaks tweeted:

BREAKING: At 10.45 am WikiLeaks publisher Julian Assange won his application to appeal to the UK Supreme Court. You can help fund his supreme Court appeal here: https://t.co/m1bX8STSr8 #FreeAssangeNOW 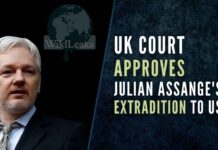 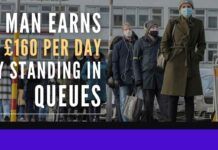 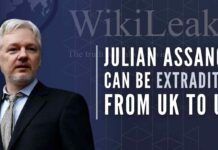 Julian Assange can be extradited from UK to US: London High Court