Part 1 in this series of articles appeared yesterday…

The report of the Medical Board of the All India Institute of Medical Sciences (AIIMS) into the death of Sunanda Pushkar has indicated that a doctor friend of her husband Shashi Tharoor tried to mislead the medical team probing the cause of the death by insinuating that she suffered from deadly Lupus disease.
Lupus is a chronic inflammatory disease that occurs when the body’s immune system attacks its own tissues and organs. Lupus inflammation can affect different body systems — including joints, skin, kidneys, blood cells, brain, heart and lungs.
The AIIMS report based its findings on email exchanges between Tharoor and his friends. These emails show an alleged attempt to create an impression that Sunanda might have died a natural death. The emails were shared with members of the AIIMS medical board.
On January 26, 2014 Shashi Tharoor wrote the following email to Dr Rajiv Bhasin.

Incidentally, Dr Anil Gupta, a child specialist, was a close family friend of Sunanda Pushkar.
In its report to the Delhi Police the AIIMS medical board said it wanted to reiterate that that no such abnormality was detected in Sunanda’s Haernatological profile during her admission a Kerala Institute of Medical Sciences at Thiruvananthpuram just prior to her death. She was thoroughly investigated and discharged from the hospital; in perfectly healthy condition on January 14, 2014, the report said.
“She was never diagnosed as having a case of Lupus despite a thorough investigation in several labs. Both the above emails are purely subjective and hypothetical, without any medical consultation of the deceased. Such type of communications is unwarranted in medico-legal death investigation. It may be construed that these emails, written after several days of death of Sunanda Pushkar, are desperate efforts to mislead the investigation by a doctor who is not a Lupus specialist and merely a child specialist,” the report said.
The AIIMS report that went into the findings of the Sunanada Pushkar’s viscera test by the United State’ Federal Bureau of Investigation (FBI) also claimed that that there was an attempt to “botch” up the investigation so that the correct cause of the death could not be established.
Among other things that raise serious questions are about the way the Delhi police handled the investigation after Sunanda’s death on January 17, 2014, the shoddy preservation of the most crucial piece of evidence—viscera—exposed the intention of the Police.
According to the AIIMS report, the police sent `degraded’ and insufficient quantity of viscera that came in the way of the FBI to track several possible substances that might have been used to kill Sunanda. The report has quoted the FBI lab findings (page 4) to drive home this point. The relevant portion of the FBI report said,” “Due to limited volume and generally degraded nature of the biological specimens submitted, quantization of the identified drugs was not performed. Item 11(blood), this sample was received with low volumes, high viscosity and was degraded”.
Note:
1. Text in Blue points to additional data on the topic. 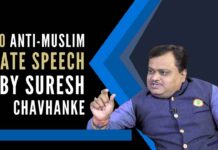