[dropcap color=”#008040″ boxed=”yes” boxed_radius=”8px” class=”” id=””]E[/dropcap]x-servicemen on Tuesday escalated their protest against the notification on the implementation of ‘One Rank, One Pension’ (OROP) and took out a march from Jantar Mantar to Rashtrapati Bhavan, saying a “diluted” OROP scheme was not acceptable.

“A protest march was taken out from Jantar Mantar to Rashtrapati Bhavan against the diluted OROP scheme,” said a spokesperson of the ex-servicemen’s front.

He said retired military personnel will try to meet President Pranab Mukherjee and returned him their gallantry and other medals.

Delhi Police, however, stopped the protest march before it could reach Rashtrapati Bhavan.

Some protesters also tried to burn their medals but were stopped by the other members.

Group Captain V.K. Gandhi (retd), general secretary of the Indian Ex-Servicemen Movement, said they were fighting for their rights and a “diluted” OROP scheme was not acceptable.

“The OROP scheme was cleared by parliament. Then why were the changes made in the scheme? Why did they put conditions?” Gandhi asked, and accused the government of cheating them.

The new scheme also says it will be reviewed once in five years and not annually.

Gandhi said the veterans demanded reconsideration of the changes made by the government in implementation of the OROP scheme.

He said that while everyone had a right to make a demand in a democracy, not all demands can be fulfilled. 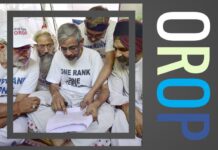 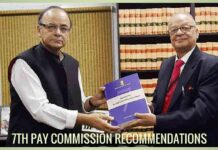