The Delhi High Court on Friday dismissed with Rs.25,000 fine on a petition seeking to implead Twitter’s new owner Elon Musk as a party to a petition challenging the suspension of a user’s account for an alleged violation of its rules. Justice Yashwant Varma termed the application to be “thoroughly misconceived”. The petition was filed by Dimple Kaul, whose account was suspended by Twitter.

“This application is thoroughly misconceived. It cannot possibly be disputed that a corporate entity is thoroughly represented and therefore, there was no need to file such an application. Accordingly, it is dismissed with a cost of Rs.25,000,” the Judge said. Justice Verma also commended that “even we need entertainment” and asked the counsel for the petitioner if he was serious about prosecuting the application. To this, advocate Raghav Awasthi, appearing for the petitioner, said his instructions were to press the application.

He said Musk was not only the Director but also holds substantial shares in Twitter and was a necessary party in the matter. The application said that Musk has a very different approach to free speech and, therefore, his views were important to be heard.

The High Court was hearing a petition by Dimple Kaul, who claimed that her Twitter handle had more than 2,55,000 followers and was used to post educational content in relation to history, literature, politics, archaeology, Indic culture, non-violence, equality, and women rights. She said that Twitter was “deleting profiles as per its own sweet will and they have no right to do so” in law and asserted that the account is restored during the pendency of the petition.

The High Court had earlier sought the stand of Twitter on the petition challenging the “out of the blue” illegal suspension of a user account for an alleged violation of its rules. Twitter’s counsel had said a writ petition was not maintainable against Twitter which is a private entity. He had said granting any interim relief in the present cases would be as good as granting final relief.

Kaul has submitted that she was informed by Twitter that her account, which was “followed by several eminent personalities”, was suspended for violating the platform’s rules against “ban evasion” even when there was no such prior incident. She has claimed that she was not granted any opportunity of being heard and the “illegal action of the respondent No.2 (Twitter) has caused the petitioner to face the kind of mental and emotional trauma which cannot be expressed in words”.

“Petitioner along with her research team put a lot of money and time into researching educational content and posted various threads for information and knowledge of the general public. (On January 20, 2022) Out of the blue, the petitioner received an email from respondent no.2 regarding the suspension of the Twitter account created by the petitioner,” the petition filed through lawyer Mukesh Sharma has said. 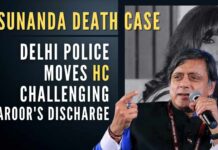 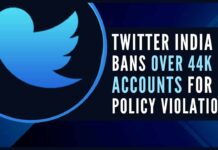 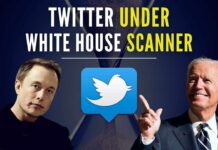