In a most waited judgment of the Corporate World, the Supreme Court of India on September 1, ordered the Telecom companies to pay the huge AGR (Adjusted Gross Revenue) dues in 10-year installments. Putting an end to the 20-year-old financial dispute, the Bench headed by Justice Arun Mishra, comprising Justices Abdul Nazeer and M R Shah directed that telecom companies have to pay total dues of Rs.1.43 Lakh crores in ten-year installments, starting with paying the first installment of 10% of the dues by March 31, 2021. Every year up to 2031, the companies have to pay by March 31 and the Department of Telecom must report back by April 7 to the Supreme Court on the status of the payment. Any delay in payment would result in interest and penalty accruing, said the judgment, tightening the payment pattern.

The matter was settled a year ago

Actually, the Apex Court on August 24, 2019, settled this issue in a detailed judgment. But Government and Telecom companies (obviously with the consent of the political masters) entered into dubious games and not collected the dues. Within hours after the judgment in August 2019, the Department of Telecom (DoT) passed an illegal circular asking not to take coercive steps to collect the dues directed by the Supreme Court of the Country! This invited the wrath of Justice Arun Mishra-led Bench which culminated on the latest order. PGurus reported a detailed coverage on this fraud committed by the Government of India and Corporate Houses[1]. After Supreme Court Judges became furious in February 2020, within two months, Rs.26,000 crores were paid immediately by the telecom companies to avoid their owners going to prison. After deducting this Rs.26,000 crore overnight payments, current dues are at Rs.1.43 Lakh crores. The Nation should be thankful for the Judges’ boldness to bring such huge amounts from Corporate Kitty’s to public exchequer while political leadership played dubious games in connivance with Telecom companies. The interesting part was that even Opposition parties kept silent on this issue, which was first exposed by Comptroller and General of India in its report to Parliament in 2016[2].

The judgment directed that the issue of shut-down firms’ sharing and trading Spectrum and their control over it will be decided the by the National Company Law Tribunal (NCLT) in its pending Insolvency Banking Code (IBC) cases. In this controversy also, the dubious games of Government are exposed. How did the Government allow the dead companies to present the Spectrum (which is owned by Government) to show as company’s assets? Spectrum is a National Resource and Government is the custodian as per the well-established Presidential Order of 2012 after 2G scam case. The current Order strengthens the Government to collect the dues of the shut down companies’ dues if their Spectrum is used by existing operators. Ultimately Mukesh Ambani has to pay Anil Ambani’s dues as his Reliance Jio uses Anil’s Reliance Communications’ Spectrum[3].

As per the September 1, 2020 Order here are the dues to be paid by each telecom companies.

Public Sector companies like BSNL and MTNL are also having dues to DoT to the tune of Rs.5835 crores and Rs.4352 crores. These dues basically happened due to Court cases on the definition of AGR over the past few years. This due of Rs. 10,188 crores of Government companies will be a Government-to-Government adjustment.

This judgment has exposed the Crony Capitalism in India. How people in Government in connivance with Corporate Houses and avoid the collection of huge dues to the public exchequer. The government even come out with 20 years instalment packages when caught by the Supreme Court and allowed the usage of Spectrum of the closed down companies by other Operators. The Nation must be thankful for the boldness shown by the Supreme Court Bench Justice Arun Mishra, who is retiring on September 2. 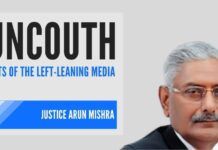 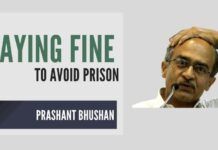