There are some negatives associated with capitalism. To elaborate:

A profit-maximizing capitalist firm is likely to ignore negative externalities, such as pollution from production; this can harm living standards. Similarly, a free-market economy may under-provide goods with positive externalities, such as health, public transport, and education. This leads to an inefficient allocation of resources. Even, staunch supporters of capitalism will admit that government provision of certain public goods and public services is essential to maximize the positive potential of a capitalist society.

Capitalist society not only fails to create equality of outcome but also fails to provide equality of opportunity. Inequality creates social dissension.

A capitalist society is based on the legal right to private property and the ability to pass on wealth to future generations. Capitalists argue that a capitalist society is fair because you gain the rewards of your hard work. But often people are rich, simply because they inherit wealth or are born into a privileged class. Therefore, capitalist society not only fails to create equality of outcome but also fails to provide equality of opportunity. Inequality creates social dissension. Societies that are highly unequal create resentment and social division.

A capitalist society argues it is good if people can earn more leading to income and wealth inequality. However, this ignores the diminishing marginal utility of wealth. A millionaire who gets an extra million perceives little increase in economic welfare, but that Rs.1 million spent on health care would provide a much bigger increase in social welfare.

Capitalist economies have a tendency to booms and busts with painful recessions and mass unemployment.

Firms with monopoly or monopsony power may exploit consumers and labourers.

Pure capitalism does not exist any longer because of govt intervention is now considered necessary and taken to mitigate the above 5 cons in the system. But at the same time market forces are allowed a free reign in areas it has pros. Such a modified system is now prevalent in most of the democracies and is called the market economy. The basic objective in such a market economy is to maximize the freedom to choose one’s economic life based on one’s own desires and given talents but within the parameters of social costs and benefits.

The need for continuous growth and expansion into new markets is inherent in capitalism. It has come to define our culture and relationship with nature and our fellow man. Yet, if life is about the lessons we learn along the way, then surely the last decades of greed and selfishness taught us that short term financial gains do not make a healthy economy. As seen in the last recession of 2007-8, it is the greed and selfishness of the investment and commercial banks, mortgage lenders, insurance companies, housing companies and credit rating agencies that were primarily responsible for the mess.

The Credit Suisse data shows that India’s richest 1% owned just 36.8% of the country’s wealth in 2000. Since then they have steadily increased their share to 53%.

However, the embrace of markets lifted billions of people around the world from abject poverty. Nations have been tied together by the flows of goods and money and ideas, and most of the people live wealthier, healthier and happier lives as a consequence.

But again, the market revolution went too far and it has come at the expense of economic equality and of future generations. Large swaths of society fell behind economically while the best-educated moved ahead and the most fortunate soared above everyone else. A few people became rich beyond the wildest dreams but the middle class now has reason to expect that their children will lead less prosperous lives.

There were rises in inequality in some of the world’s most populous countries including China, India, USA, and Indonesia together accounting for more than 45% of the world population. A fundamental issue facing the global economy is, therefore, the widening income and wealth gap between the developed and less developed world, and its widening distribution within countries and geographical regions.

According to a report by the Johannesburg-based company New World Wealth, India is the second-most unequal country globally, with millionaires controlling 54% of its wealth. In India, the richest 1% own 53% of the country’s wealth, according to Credit Suisse. At the other end of the pyramid, the poorer half jostles for a mere 4.1% of national wealth. What’s more, things are getting better for the rich. The Credit Suisse data shows that India’s richest 1% owned just 36.8% of the country’s wealth in 2000. Since then they have steadily increased their share to 53%.

Specifically, there are two main areas where changes to policy could boost economic equality:

Progressive taxation, where corporations and the richest individuals pay more to the state in order to redistribute resources across society, is key. The role of taxation in reducing inequality has been clearly documented in The Organisation for Economic Co-operation and Development (OECD) and developing countries.

Thomas Piketty wrote that modern economic growth and the diffusion of knowledge had allowed us to avoid inequalities on the apocalyptic scale predicted by Karl Marx. But we could not reduce inequality as much as we thought we could. Political action has curbed dangerous inequalities in the past, Piketty said and may do so again.

Currently, the stock markets across the globe are experiencing an earthquake in the name of Coronavirus. They are still struggling to come out of the aftershocks this pandemic has posed on the financial markets as well as the world economy. India too is not an exception to this catastrophe. Indian benchmark indices have already lost more than 10 percent of its value since the aftereffects of the pandemic began to be felt. Further, since the economic activity is being curtailed almost everywhere, there is widespread fear of recession in the global economy. There is no cure known in capitalism for such catastrophizes. 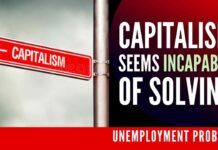 An incremental surrender of the awesome duo! 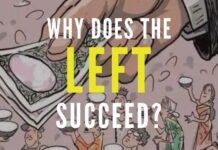 The fallacy of the West

The PetroImpact – Why is this important