A section continues to block the idea of a uniform civil code, but more to promote its vested interests than to protect the rights of the minorities.

In recent days, Union Minister for Home Affairs Amit Shah reiterated his government’s and party’s resolve to enact a Uniform Civil Code (UCC) for the country, and said that it would come at the “right time”. Now that the Modi government has fulfilled its promise of de facto abrogating Article 370, doing away with Article 35A and criminalising instant triple divorce prevalent in Muslim society, Shah’s statement is seen as a serious intent that could be acted upon sooner than later in the government’s ongoing term.

The government could use the provisions in the Constitution of India, as it did in the case of Article 370, to bring in a common civil code. If Article 370 was termed as “transient” and “temporary” in the Constitution, and thus had to go, Article 44 says that the “state shall endeavour to secure for the citizens a uniform civil code throughout the territory of India”. It finds a place in Part IV of the Constitution, which deals with the Directive Principles of State Policy. In other words, the government would only be implementing the desire of the framers of the Constitution if it brought in a uniform civil code to cover Indian citizens regardless of their caste or religion.

The government can take strength from various observations of the Supreme Court, which has wondered on the delay in enacting such a legislation. Only a little over a month ago, the apex court lamented that “no action has been taken in this regard”, and added that while “Hindu laws were codified in the year 1956, there has been no attempt to frame a uniform civil code applicable to all citizens of the country”.

Ambedkar said that Muslim members were “reading too much” in the Act, and that it was possible that future governments of India could take baby steps to enforce it — such as making it voluntary on minority citizens to apply the code to themselves through a (written) declaration to that effect

There is no doubt that the move when it is made, will invite raucous criticism and opposition from certain quarters, not just within sections of the Muslim community but also the so-called liberal and secular political parties. It would be pertinent to note that such opposition would not be new; even during the debates in the Constituent Assembly on the subject, Muslim members had sought to bring amendments to make it effectively impossible to enforce a common code in the future.

The subject, then placed in Article 35 of the draft Constitution, was discussed in the Constituent Assembly on November 23, 1948. A member, Mohammad Ismail Sahib, wanted the following to be added: “Provided that any group, section or community of people shall not be obliged to give up its own personal law in case it has such a law.” Another member, Naziruddin Ahmad, suggested this proviso: “Provided that the personal law of any community which has been guaranteed by the statue shall not be changed except with the previous approval of the community ascertained in such manner as the Union Legislature may determine by law.” A third member, Mehboob Ali Baig Sahib Bahadur, wanted the following line to be added: “Provided that nothing in this Article shall affect the personal law of the citizen.” In a similar vein, a fourth member, Pocket Sahib Bahadur, endorsed Ismail Sahib suggestion. A fifth member, Hussain Imam, argued that, since that different criminal laws existed for juveniles and the rest of the offenders, there is no harm in having protection for the minorities through a separate personal law, since their “apprehension was very real”.

In his counter-argument, prominent member KM Munshi rubbished the claim that a common civil code would be tyrannical to the minorities and pointed out that Muslim countries such as Turkey and Egypt did not have personal laws for their minorities. He added that when the Shariat law was passed before independence, the Khojas and the Kutchi Memons had been dissatisfied with the provisions because they followed certain Hindu customs and were averse to Shariat laws — and yet they were asked to adhere to Sharia. Munshi thereafter said that “the attitude of mind perpetuated under the British rule, that personal law is part of religion, has been fostered by the British and by British courts. We must, therefore, outgrow it”.

Alladi Krishnaswamy Ayyar, who represented a general seat from Madras, said that objections to a uniform civil code were unjustified. Far from creating disunity in society, a common code would foster amity among all sections of the people since they would be governed by a uniform civil code. He asked: “Why should you distrust much more a national indigenous government than a foreign government which has been ruling? Why should our Muslim friends have greater faith in the British rule than in a democratic rule which will certainly have regard to the religious tenets and beliefs of all people?”

Both Ayyar and Munshi sought to dispel the notion that the Muslim personal law had much to do with religion or religious beliefs. This is a critical point to bear in mind in the current context.

A few other members also spoke on the issue, but the response of BR Ambedkar before the amendments were put to vote and negatived, is worth noting. He said that the country already had a uniform law in the matter of criminal code; a uniform law in the transfer of property; a uniform law by way of the Negotiable Instruments Act. “The only province the civil law has not been able to invade so far is marriage and succession. It is this little corner that we have not been able to invade so far and it is the intention of those who desire to have Article 35 as part of the Constitution to bring about that change. Therefore, the argument whether we should attempt such a thing seems to be somewhat misplaced for the simple reason that we have, as a matter of fact, covered a whole lot of the field which is covered by a uniform civil code in this country.”

On the amendments, Ambedkar referred to the statements by Muslim members that their personal laws were immutable and uniform across the country, and said, “Now I wish to challenge that statement.” He pointed out that, until 1935, the Shariat law had not been applicable to the North-West Frontier Province. In fact, the NWFP followed Hindu law. The legislation had to be brought in to include the province under the Shariat law.  He added he had been informed that, in the north Malabar region, Marumakkathayam law — a matriarchal form of law — was followed by both Hindus and Muslims.

Ambedkar said that Muslim members were “reading too much” in the Act and that it was possible that future governments of India could take baby steps to enforce it — such as making it voluntary on minority citizens to apply the code to themselves through a (written) declaration to that effect. “It would be perfectly possible for Parliament to introduce a provision of that sort so that the fear which my friends have expressed here will be altogether nullified.”

Things haven’t changed much since 1948. A section continues to block the idea of a uniform civil code, but more to promote its vested interests than to protect the rights of the minorities. 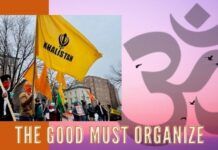 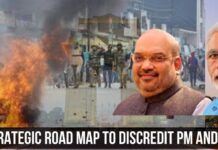 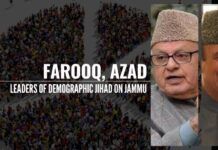