[dropcap color=”#008040″ boxed=”yes” boxed_radius=”8px” class=”” id=””]P[/dropcap]rime Minister Narendra Modi must support new ventures just like a large corporation needs its chief executive to give directions and nurture ideas to grow, says Nandan Nilekani, technocrat and co-founder of one of India’s best known IT companies, Infosys.
“In a large corporation, a CEO needs to provide air cover to the teams, nurture new products and ideas. Similarly, the prime minister also needs to provide air cover and nurture these projects in their infancy and then make them part of the mainstream when they achieve scale,” he said.
“This is the arithmetic: 10 projects multiplied by a team of 10 for each project plus prime minister’s support will equal 101,” Nilekani told IANS in an interview.
[dropcap color=”#008040″ boxed=”yes” boxed_radius=”8px” class=”” id=””]I[/dropcap]n his recent book, Rebooting India, co-authored with Viral Shah, Nilekani talks about a tech-driven vision of modern India. “We identify 12 grand challenges. Of these 12, two have attained scale – Aadhaar and Pahal,” he said.
“That leaves us with 10, of which four are in the early stages where a lot of ground work has been done – GST (goods and services tax), electronic toll, cashless economy with MicroATMs and Aadhaar, and a paperless society with eKYC (know your customer),” Nilekani said.
“For the other six grand challenges — health, education, elections, energy, justice and government expenditure management, we have projected our learnings from our time in government, and come up with a detailed implementable roadmap.”
[dropcap color=”#008040″ boxed=”yes” boxed_radius=”8px” class=”” id=””]E[/dropcap]xpressing his confidence on Aadhaar, which he oversaw as the chief of the Unique Identification Authority of India, and Pahal, for giving up subsidy on cooking fuels, Nilekani said if they are successful, then the 10 projects he has envisaged will also materialise.
Asked about mushrooming of startups in India and his investments in some of them, he said: “I invest in startups that are operating at the India-scale, building products that organize the unorganized and empower the small guy.”
Nilekani, who founded Infosys with six others and was its chief executive from March 2002 till April 2007, has already invested in half a dozen start-ups.
[dropcap color=”#008040″ boxed=”yes” boxed_radius=”8px” class=”” id=””]T[/dropcap]alking about Aadhaar project, Nilekani said: “In Rebooting India, we define the India stack that shows the power of Aadhaar. It consists of Aadhaar authentication, e-KYC, e-sign, digital locker and cashless payments.”
He said all these pieces have been designed and developed.
“The first three have rolled out at scale — e-sign is defined and being implemented. The digital locker is now in the definition phase. The National Payments Corporation of India is implementing the Unified Payments Interface (UPI) that will bring cashless payments,” he said.
“Thus, we can make all transactions in India – cashless, paperless, presence-less.” 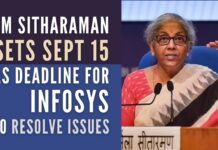 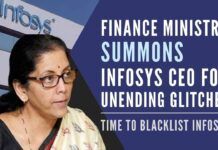 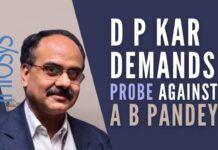