Former Supreme Court Justice Danial Kelly congratulates India on the 75th Independence Day of India. “My wife and I were enchanted with the beauty with which we were surrounded, the aromas of your incomparable cuisine, and the unmatched welcome we received throughout the day. The blessings of freedom should never be taken for granted, and I am happy to be celebrating them with you. Our culture is far richer for the contribution of the sons and daughters of the Indian subcontinent who make their home here. I am so glad they chose this state in particular, as I did so many years ago so that we could all become Wisconsinites together”, Justice Kelly proclaimed. Mayor of Milwaukee Tom Barrett proclaimed India Day on Aug 15th throughout the entire City of Milwaukee. “As a Founder, & President of Spindle India, Inc., Purnima Nath has been instrumental in having August 15th declared India Day in Wisconsin and in organizing, supporting, and sustaining IndiaFest”, commended State Senator of Wisconsin Chris Larson. Regional Director Paul Truess from the office of the United States Senator Ron Johnson handed a Certificate of Special Senatorial Recognition to Spindle India, Inc., in recognition of the 9th Annual IndiaFest Milwaukee, and 75th Independence Day of India. Senator Johnson commended Spindle India, Inc., for continued dedication, and efforts to bring visibility to the Indian community in Wisconsin.

Chair of 4th Congressional District of Wisconsin Bob Spindell joined the celebration for the first time. Mr. Spindell asserted how Indian food, young children dressing up in traditional attires, white shirts, and all the ceremonies reminded him of his visit to India several years ago.

Hoisting of India’s flag by all the guests, the national anthem of India sung by children of Hindu Swayamsevak Sangh, Milwaukee Chapter, and the national anthem of America sung by Appleton resident Joseph Scala wearing a dhoti graced the occasion. The parade led by Dhol in Mehul Adhikari and America’s youth army/ marine group was followed by the guests and children. Chants of “Vande Mataram”, “Bharat Mata Ki Jai”, “God Bless America” were cheered while waving both India and United States flags.

Under the theme of “Ancient Bharat until 1000AD”, Folk art – woman by Kuku Kacher (7) won 1st place in the Young Bud category.

Under the adult category, a beautiful depiction of Sujata offering milk rice to the Lord Buddha by Krishna Nath Bhowmik won 1st place.

“I love to be part of IndiaFest as it’s the celebration of Indian Independence Day. I got connected to Spindle India in 2017 and since then I am a part of it. Since 2018 I have been taking care of cultural programs, and love to be able to help celebrate Indian Independence. Thank you, Purnima Nath, for giving me an opportunity to be part of it”, said Program Coordinator Mrs. Prasad.

Founded in 2013, Spindle India, Inc, through IndiaFest Milwaukee we were able to bring thousands of people from all ethnic backgrounds under one umbrella to celebrate India in Wisconsin on a grand scale, and spread awareness of India’s diversity, heritage, history, and culture, with little to no resources. Spindle India, Inc, a non-profit organization strengthening India-U.S. relations. “Due to the unprecedented time of an ongoing global pandemic and unpredictable weather we were hurt, yet we have done our best to bring a platform for experiencing the essence of India to Wisconsin and celebrated 75th Independence Day of India safely with the community,” exclaimed Purnima Nath, Founder, Chairwoman and President of Spindle India, Inc. “IFM is a well-organized service brought for the benefit of the society. We are looking forward to celebrating the 10th year extra-special milestone in IFM2022. Spindle India, Inc., has a bigger purpose, and we are committed to serving our purpose, even with all the challenges and lack of resources.” – stated Ms. Nath. Purnima Nath
An entrepreneur, a community leader and a Hindu. She is the founder of Spindle India, Inc., an Engineer and MBA from Northwestern University. Purnima writes on various topics including management, global issues, politics, policies, and philosophy. @PurnimaNath www.NathPurnima.com www.PurnimaNath.com 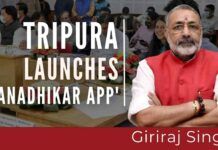