Home Politics You are the FM, Mr. Jaitley – The buck stops with you
Facebook
Twitter
Telegram
WhatsApp

Jaitley’s inaction gives the impression that he is the person in Narendra Modi government, putting road blocks in investigation in these high profile cases.

People of India have punished Congress in Lok Sabha elections, by giving a thumping majority to the National Democratic Alliance (NDA), though Jaitley lost the election unceremoniously. Now, for the past 34 months, Jaitley is the Minister of Finance and Corporate Affairs of this country controlling many powerful investigating agencies like Enforcement Directorate (ED), Income Tax and Serious Frauds Investigation Office (SFIO) to fix the corrupt people.

Instead of writing articles on corruption, after being in power for almost 3 years, Jaitley should take stock of what the investigating agencies under him did against big corruption cases involving Sonia Gandhi and Rahul Gandhi in National Herald case, P Chidambaram and son Karti in Aircel Maxis scam and Money Laundering and Robert Vadra’s shell companies.

Jaitley’s inaction gives the impression that he is the person in Narendra Modi government, putting road blocks in investigation in these high profile cases. The only way he can dispel this notion is by acting on it rightaway.

Here are 10 questions for you, Mr. Jaitley. These are compiled from the hundreds of messages that we receive on Social Media about you. You are the Finance Minister; the buck stops with you.

Your write up is worthless if you do not follow through on the hard work done by your officers. You prove your mettle by acting on these big scamsters.

Given below is the ED’s circular dated January 14, 2015 to save Sonia and Rahul from National Herald case. 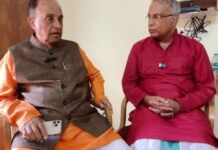