In a big embarrassment to India, UK’s Cairn Energy Plc has brought a lawsuit in a US Court to seize national carrier Air India‘s overseas assets such as aeroplanes to recover USD 1.72 billion from the Indian Government after winning the tax case in International arbitration tribunal. Terming Air India as the “alter ego of Indian Government”, Carin filed the lawsuit in the US District Court for the Southern District of New York. In its suit, Cairn said Air India is a fully state-owned aviation company and it is “legally indistinct from the state itself.”

The lawsuit seeks to make Air India liable for the discharge of the arbitration award against the Indian Government. New York-based advocates said that the Government of India has already engaged a legal team to defend against any such “illegal enforcement action” from Cairn in US Court. India, they said, will contest the move on grounds that the government has challenged the arbitration award in the appropriate court in The Hague and it is confident that the award will be set aside.

The Scottish firm invested in the oil and gas sector in India in 1994 and a decade later it made a huge oil discovery in Rajasthan.

Cairn had first moved courts in the US, UK, Canada, France, Singapore, the Netherlands and three other countries to register the December 2020 arbitration tribunal ruling that overturned the Indian government’s Rs.10,247 crore demand in back taxes and ordered New Delhi to return the value of shares it had sold, dividends seized, and tax refunds withheld to recover the tax demand.

Subsequent to the court in the US and other places giving recognition to the arbitration award, the firm has now begun bringing lawsuits to pierce the corporate veil between the Indian Government and its owned companies such as in oil and gas, shipping, airline and banking sectors, to seize their overseas assets to recover the money awarded. Indian assets across several jurisdictions have been identified that Cairn will be seeking to seize to enforce the award, said a legal team member of Cairn.

“Cairn is taking the necessary legal steps to protect shareholders‘ interest in the absence of a resolution of the arbitral award,” a company spokesperson said commenting on the issue. “Cairn remains open to continuing constructive dialogue with the Government of India to arrive at a satisfactory outcome to this long-running issue.”

The Scottish firm invested in the oil and gas sector in India in 1994 and a decade later it made a huge oil discovery in Rajasthan. In 2006, it listed its Indian assets on the BSE. Five years after that, the Government of India passed retroactive tax law and billed Cairn Rs.10,247 crore plus interest and penalty for the reorganisation tied to the flotation. Indian tax authorities then expropriated and liquidated Cairn’s remaining shares in the Indian entity, seized dividends and withheld tax refunds to recover a part of the demand.

Cairn challenged the move before an arbitration tribunal in The Hague, which in December awarded it USD 1.2 billion (over Rs 8,800 crore) plus costs and interest, which totals USD 1.725 million (Rs 12,600 crore) as of December 2020.

Finance Minister Nirmala Sitharaman had last month reiterated that international arbitration ruling on India’s sovereign right to taxation sets the wrong precedent, but had said that the government is looking at how best it can sort out the issue. The government, which participated in an international arbitration brought by the Scottish firm against being taxed retrospectively, has appealed against The Hague based tribunal’s ruling. The Indian Government argues that tax levied by a sovereign power should not be subject to private arbitration.

Many legal experts say Indian Government has committed a big blunder by agreeing to participate in international arbitration while its tax agencies were proceedings. PGurus earlier reported that from 2015, Finance Ministry which controls the Tax agencies did a blunder or due to lobbying by foreign companies agreed to participate in international arbitration in Vodafone, Cairn case and lost the case on foreign soil[1].

A similar loss of face happened in the Italian Marines case also by agreeing for conducting a case at the International Court[2]. 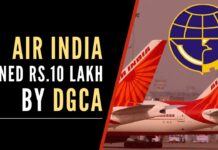 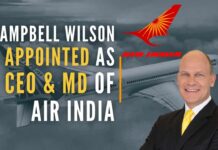 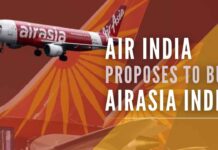