[dropcap color=”#008040″ boxed=”yes” boxed_radius=”8px” class=”” id=””]A[/dropcap]ccording to Handelsblatt, a leading German media publication, the ECB has decided to withdraw the Euro (€) 500 note. Despite Germany’s objections, ECB intends to do this in a move to fight money laundering. The idea is opposed by Germany, which still uses cash more than most other countries in Europe.

So why is Germany objecting to this? It’s because most Germans still use cash for their day to day transactions. Only 18% of all transactions in Germany are done using credit cards. One may argue that people will still have 5, 10, 20, 50, 100 and 200 euro bills to do their transactions…

Well, it is not that simple. The €500 note is the second highest currency denomination in G10 (Group of 10), after the CHF1,000 (a 1,000 Swiss Franc note issued by the Swiss National Bank) note. More importantly, the total value of €500 notes in circulation amounts to €306.8bn and has been rising as shown in this Bank of America (BofA) chart:

Additionally, the €500 note is the second most used currency bill in the G10, as shown in this BofA chart.


[dropcap color=”#008040″ boxed=”yes” boxed_radius=”8px” class=”” id=””]T[/dropcap]his is significant. If the €500 were withdrawn, it would reduce the amount of physical currency of Euros by 30%. That would mean the Euro (€) circulation would shrink to €700 billion! While mentioning all this, BofA also cautioned that such a move could weaken the Euro against the Dollar.

Peter Sands, is now a senior fellow at the Harvard Kennedy School in Massachusetts and an advisor to the Singaporean central bank.

“Without being able to use high-denomination notes, those engaged in illicit activities — would face higher costs and greater risks of detection. Eliminating high denomination notes would disrupt their ‘business models’,” Sands’ report said.

Does this apply to India?

Assuming that there is a grain of truth in what Sands says, it would almost immediately imply that India should consider withdrawing ₹500, ₹1000 bills. I can think of several reasons:

The United States may or may not do away with the $100 bill but as far as India is concerned, fake currency is a clear and present danger. Doing away with higher denominations will certainly help combat Black Money in the country. Will they? 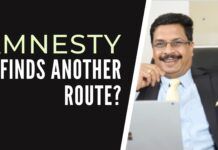 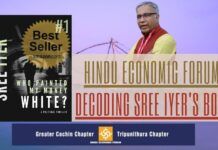 Sree Iyer on the impact of fake currency and his book Who painted my money white? at HEF 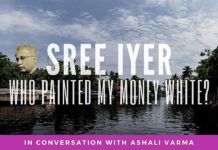