On January 4th, 2016 China announced that it was considering reigning in High Frequency Traders by imposing a tax or fee on cancellation of orders. This triggered a sharp selloff in the Stock markets and till date China has not passed a rule to this effect. Considering the fact that almost 1 in 2 stock transactions in China are done using HFT, this may be a drastic move.

Close on the heels of this announcement, Bloomberg today reports that the National Stock Exchange (NSE) of India also is mulling over taxing investors who flood the exchange with unfilled orders, while its cross-town rival has suggested “corrective action” to handle the hazardous side effects of HFT driven trades. Authorities of India’s supercharged market structure claim that it is boosting charges for long-term traders, introducing tiny- recognized challenges and unproductive transactions from what ought to be a priority: getting billion individuals to place their savings to work-in the capital markets that are country’s.

“It seems that the common man is losing out from the unit,” mentioned Jitendra Panda, a Governing Board member of the Brokers Community, an affiliation of 800 broker dealers in India. The team is collecting feedback from its people and options to distribute recommendations on how-to boost principles on high speed trading for the nation’s market regulator, stated Panda, who’s also a Managing Director at Peerless Securities Ltd. in Kolkata.

Rapid adoption of HFT in India

As the discussion over high speed methods is in no way special to Asia, India stands out among its neighbors in its adoption of HFT. Nearly 40% of all trades in the country are done using HFT, the greatest percentage within the developing world according to some reports. Some of the new financial companies such as Quadeye Trading, Estee Experts Pvt. Ltd., have seen rapid growth because of their adoption of HFT.

India’s exchanges are among the fastest in the world

Both the main bourses in Mumbai, the NSE and the Bombay Stock Exchange (BSE) have co-location facilities, which allow traders to perform their transactions a lot quicker because of their proximity to the stock exchanges. In March, the BSE decreased its typical running period from 300 milliseconds, down to 6 microseconds, according to BSE’s CEO, Ashishkumar Chauhan.

In summary, it appears as though both NSE and BSE are trying to deter HFT firms from doing order stuffing and front running in order to give a level playing field for all traders. Would these measures be adequate or will the wily HFT companies find a new way to game the system, only time will tell. 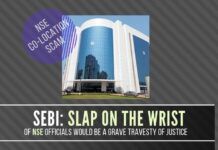 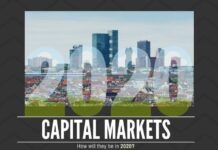