North Korea appears to have resumed operations at its Yongbyon facility which is used to make nuclear weapons, according to a former nuclear inspector after analyzing satellite imagery that revealed new activities.

Two US monitoring websites have cited recent satellite imagery that observed snowmelt at the facility. They said North Korea’s plutonium-producing nuclear reactor appears to be in operation.

Beyond Parallel, a project of the Washington-based Center for Strategic and International Studies reported on Friday thermal infrared satellite imagery from January 27 and February 4 showed the discharge of warm water from the 5-megawatt reactor at Yongbyon nuclear complex, suggesting the reactor and its cooling system are in operation.

The reactor’s cooling discharge pipe is “ice-free”, and the temperature of the water being discharged from the reactor is “warmer than that of Kuryong River” that flows alongside the complex, the report said.

“Because of this temperature difference, the area where the water from the reactor discharges into the river has not iced over. In contrast, the deeper areas of the river remain frozen,” it said.

The website, however, noted that the thermal analysis only helps suggest the reactor, the Radiochemistry Laboratory, and the centrifuge plant are “occupied“, rather than “operational” in a sense that certain significant activities are taking place.

“If (they) were operational, a much more rapid and generalized melting of snow than is observed in the current thermal and multispectral imagery is expected, they would exhibit stronger thermal patterns,” it said.

38 North, another monitoring website offered a similar analysis based on a February 1 satellite imagery that detected snowmelt on the southern roof of the reactor building and nearby support buildings.

It also mentioned the continued warm water discharge has been observed since late December.

The website said, while the uranium enrichment plant has shown no snowmelt on the roofs of the centrifuge halls, it does not mean that the centrifuges were not in operation, as the area is more tightly controlled to not let out enough heat to cause snow to melt.

In August last year, the International Atomic Energy Agency (IAEA) said in its annual report the Yongbyon reactor appeared to be in operation since July. North Korea has staged six nuclear tests with its last test being conducted in September 2017. 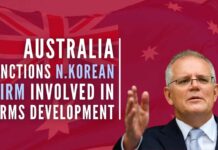 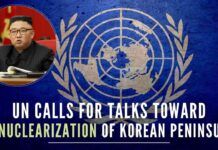