Following our article on a question for Sharad Pawar on ₹539000 crores ($81.53 billion) being raised in a company he was a Director of, Mr. Pawar moved swiftly to file a police complaint against the other two Directors, Ms. Shahanawaz Bharde and Mr. Sarvesh Gade, claiming that he had not authorised anyone in the firm to use it to name him as a Director in the company.

“I state that the accussed named have neither without my knowledge nor without my authority, falsely and fraudulently made the filings to the UK Companies House by falsely impersonation, nor taking on my identity.”

But this does not pass muster. Why, you ask? See Page 6 in set of Corporate filings for SGFX financials as shown below:

Page 6 is where Mr. Sharad Pawar says that he has Consented to Act and that his signature has been Authenticated. Authenticated means verified, either manually or electronically. According to our understanding of the British Law, as of 2010, Consented to Act means it is required to get a written consent from the concerned person. This law is being changed effective October 2015 but in 2010 a written consent was mandatory. The relevant paragraph is reproduced below:

Similarly, on Page 11, his resignation letter as a Director is also Authenticated. A follow-up article in The Economic Times suggests that it could have been possible to incorporate a company in England without the consent of the owner. This is a bit difficult to swallow because the same argument can be used by anyone not wanting to associate themselves with an entity after the fact. Perhaps Mr. Pawar can answer these 3 questions:

Note:
1. The conversion rate used in this article is 1 USD = 66.11 Rupees.
2. Text in Blue points to additional data on the topic. 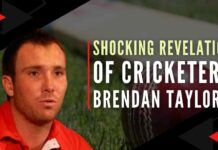 Has BCCI made Cricket a spectacle rather than a sport? An in-depth look with M R Venkatesh Aircel – Maxis Scam probe: The Heroes and the Villain in...