When a Homo Sapiens baby is born, it only has neurons. The connections between neurons and among neurons, the connections called synapses, are almost all formed after birth. The connections lead to circuits, and circuits are what we call mind and memory. In the language of computers, at birth, a human baby only has a blank hard disk, the brain, and not only all apps, even the operating system is also installed after birth. That is, we get mind only after birth in our early years, in childhood.

Enter the thug called Leftist. He came up with a “Welfare State” that replaced society. Society was a safety net that took care of members in difficult times

So who installs the operating system and apps? The answer is family. The parents, grandparents, and siblings. Parents basically form our minds and create a memory in us. They are the first and most potent influencers. Next, come siblings and grandparents. Research says that more full sentences a child hears in her early years, more intelligent academic achiever she becomes later in life. Child after birth has only one agenda: observe his parents and do as they do. That is how babies learn to sit, to walk, and to talk. And their nature also gets fixated in these years. If they see a loving and peaceful family, they grow to become confident and loving and strong. Otherwise, various dysfunctions, the wrong apps, and in unfortunate cases, the wrong operating system itself, take root in the mind which may or may not heal in the later years.

So what happens if there are no grandparents and siblings? The child has a smaller pool of words and actions to draw from in the formative years. That is what happened when we lost joint families. If either parent is dysfunctional, there are no mitigating grandparents or siblings: to take away the child to play outside as the parents are reminding each other about their parents. And what happens if there is only one parent? Destruction ensues.

In most of the first world, divorce rates are now anywhere up to 50%, and in many ethnic groups, they reach as high as 70%. The result is that babies have to grow up with just one parent, and even she has to be absent for a greater part of the day to earn the livelihood.

And the result is on your TV screens every evening: mobs of savages burning down the civilisation. The animals. The result of the re-animalisation of man.

Fertility rates in all developed countries with few exceptions are between 1.5 to 1.0. Anthropologists say that no tribe with fertility rates below 2.1 survives more than a few decades.

Marriage is about coming together of two human beings from two different families. A 100% match is impossible. Whatever doesn’t match, has to be readjusted, reframed, recreated, or discarded. And remember, we are talking here of only that which is within minds. So, it is reprogramming of the minds. It is not pleasant, even though it may not be painful in all cases. We do not do unpleasant things unless there is some external pressure. The external pressure was the समाज (society), and लोग क्या कहेंगे? (What will People Say?).

Enter the thug called Leftist. He came up with a “Welfare State” that replaced society. Society was a safety net that took care of members in difficult times. Leftists gave that function to a nameless, faceless distant entity called the “State.” And as a result, society died. And with that disappeared the pressure that led to adjustments within the family.

But the leftist was not through with his destruction as yet. He next came for the family. He told the women that they are being exploited. They work and do not get paid. As if men rushing to office/factories in the morning were going for a picnic. And women listened to the Leftist. He was saying all the attractive things; you will have money, no dishes to do, the money will give you freedom. Freedom from what? He did not specify. Leftists never talk in specifics.

And so women walked out of homes to work. The first thing the leftists do is erasing the past. Otherwise, women would have known that all through history, they worked alongside men; in the hunts, in the hunter-gathering days, and in the fields, in the settled agriculture days. They got freedom from work only after the industrial revolution. In fact, it was considered the biggest success of the industrial revolution, freeing women from work. That finally they were free to take care of their children without worrying about livelihood.

But the leftist thug claimed he was freeing women when he again convinced them to go out for work. And the result is the onset of the re-animalisation of man. Man is a product of his family, of his society. Without the family and society, he can not grow up to be a man as we understand from the term. He will de-evolve to an ape. In fact, he may even disappear altogether. As women go out for work and fear that the husband will someday simply walk out, they are now more and more refusing to have children. Fertility rates in all developed countries with few exceptions are between 1.5 to 1.0. Anthropologists say that no tribe with fertility rates below 2.1 survives more than a few decades.

Karl Marx said that everything that exists must be destroyed. His followers have truly achieved that.

Because good men refuse to do anything. The dumbs who could not figure out why their ancestors insisted on a seven-birth long marriage. Because those wise men knew that anything less than that, and it will soon be a free-for-all. We thought seven-birth long marriage was too long, and soon discovered that once that was relaxed, marriages are refusing to last even one birth.

(And what did women achieve by going to work again? Nothing except very high real-estate prices and extortionist school fees and hospital bills. Because, beyond a certain point, prices depend upon what the market can carry. So if both husband and wife are earning why would the school not jack up the fees?) 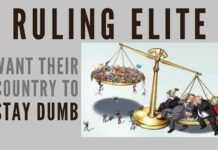 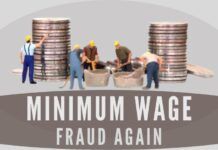 The great lie of the Left: Get educated and demand!